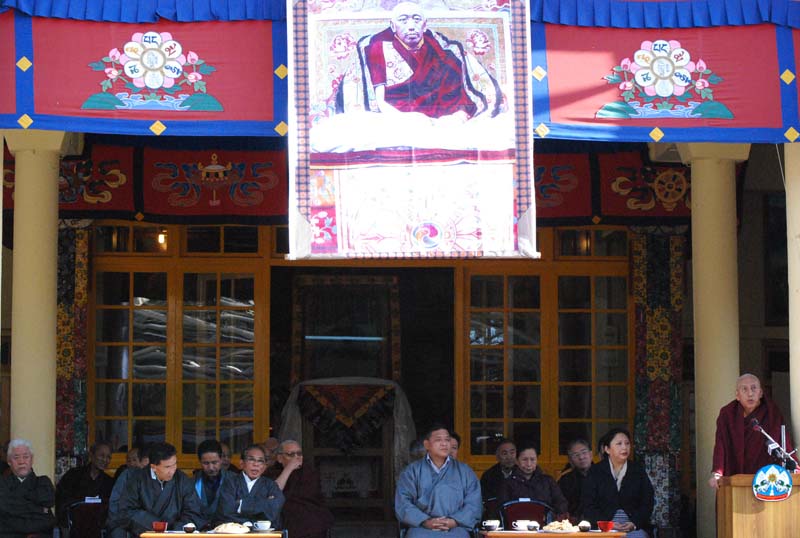 Dharamshala: The Tibetan Government-in-exile this morning marked the centenary of the 13th Dalai Lama Thupten Gyaltso's exile to India.

The official ceremony was held at main Tibetan temple in Dharamshala, India, where His Holiness the 14th Dalai Lama's residence based for last 50 years.

It was attended by officials from the three strands of the government-in-exile - the assembly, the cabinet and the judiciary - together with several non-government organizations.

"The 13th Dalai Lama worked assiduously for Tibet," he said, "and maintained good relations with neighbouring countries, so the centenary of his exile is well worth remembering, especially by those in government.

"It was the fifth Dalai Lama who founded the first Tibetan government, the Gaden Phodrang Shogle Namgyal. He had many plans to improve his country. Unfortunately he was not supported by his compatriots, and his successors faced many subsequent invasions from Nepal, China and Britain.

"In 1912," the Prime Minister continued, "the Chinese were ousted from Tibet, and the 13th Dalai Lama declared it an independent state.

"All countries mark the anniversaries of important figures and their deeds, and the Tibetan Government-in-exile is correct to do the same."

The Prime Minister concluded that, "2012 will be the centenary of the 13th Dalai Lama's return to Tibet, and this anniversary should also be marked, along with our own dreams of returning home to join our country-people."

He said that when he returned to Tibet, the 13th Dalai Lama instituted many changes to government policy, based on his experiences in India, regarding, for example, hunting and forestry regulation, and tax laws. He also sanctioned the founding of tea plantations, and the introduction of electricity and telephony.

Mr Penpa Tsering concluded that we must maintain previous advances in Tibet and Tibetan culture, but also respond to changing times, as did the 13th Dalai Lama.