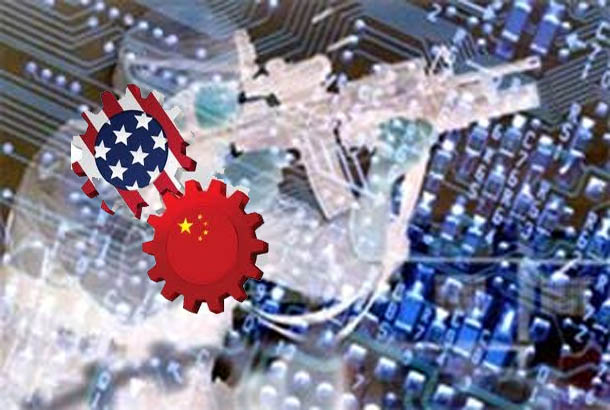 Dharamshala: As the worlds two leading nations these days are meeting for a friendly talk in the US, China and the US are at the same time stepping up their efforts to, respectively, harness and set free the unruly powers of the internet.

According to USA Today, last week, China established a new government agency which is to make sure that its more than 450 million "netizens" are adhering to the government imposed restrictions on internet-use. This comes after Chinese President Hu Jintao in February called for stricter government management of the Internet. The State Internet Information Office appears intended to help improve coordination among the dozen or more Chinese government ministries and agencies with an interest in the Internet, i.e. the sale of censorship software which could prove to be a lucrative source of income.

Quoting the New York Times, the mushrooming growth of China's Internet business has spawned a sort of land rush for regulatory turf by government agencies that see in it a chance to gain more authority or more money, or both. The announcement to set up this new agency indicated that the office would work with other government units that regulate parts of the Internet, but the vague wording of the announcement leaves the inner workings of the newest addition to Chinese cyber-control unexposed.

A somewhat similar development is taking place in the US where, in February, a "Coordinator for Cyber Issues" was appointed to "bring together the many elements in the State Department working on cyber issues to more effectively advance U.S. cyber interests" according to a Department of State Press Statement on April 20. The Department will apparently invest $28 million in grant funding to help Internet activists around the world, with allocations for circumvention services, allowing users to evade internet firewalls, and training for human rights workers on how to secure their e-mail from surveillance.

Secretary of State, Hillary Clinton said "we believe that governments who have erected barriers to internet freedom, whether they're technical filters or censorship regimes or attacks on those who exercise their rights to expression and assembly online, will eventually find themselves boxed in."

Senior Defense Analyst Richard Weitz, on the website Second Line of Defense (sldinfo.com) argues that while the Department cooperates with other countries to fight transnational cybercrime and funds the building of cyber capabilities in foreign law enforcement agencies, "it can do little when these cyberattackers enjoy the support and sanctuary of foreign governments" he writes.

This may have been the case when the US-based activist website change.org found itself under attack by Chinese hackers after running a hugely successful petition for the release of famous Chinese artist and activist Ai Weiwei. The attack is being investigated by the FBI and has been condemned by the State Department has condemned.

On April 15, Congressman Dana Rohrabacher, who is Chairman of the Oversight and Investigation Subcommittee of the House Foreign Affairs Committee, held a public hearing on the subject of Chinese cyber-attacks on the US. On the day of the hearing, Reuters ran a story revealing that secret U.S. State Department cables are able to trace computer system attacks, to which Rohrabacher commented: "They have traced these to the Chinese military itself. An April 2009 cable even pinpoints the attacks to a specific unit of the Chinese People's Liberation Army." He also said that "Chinese cyber attacks on U.S. assets now number in the thousands every year" and claimed that China by doing this had defined itself as "the enemy of the US".