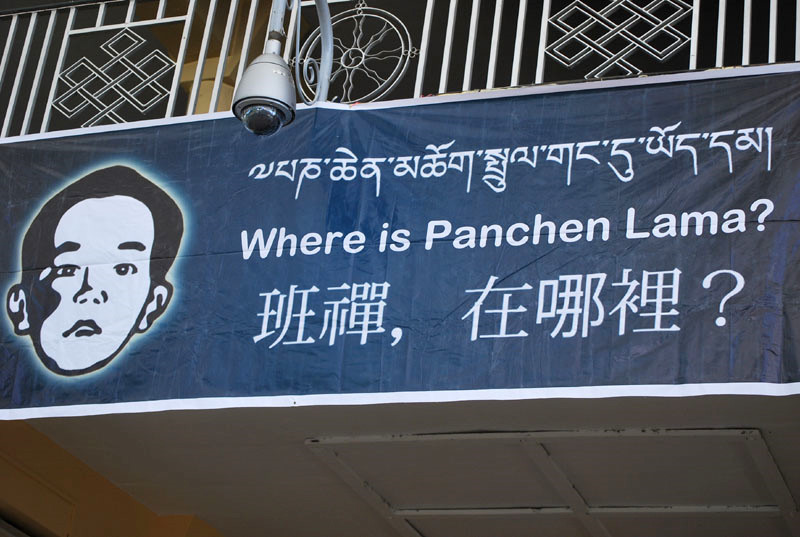 Dharamsala-Demonstators from Tibet held vigils in front of Chinese embassies around the world on Monday to mark the 22nd birthday of the 11th Panchen Lama; Gedhun Choekyi Nyima.

His wherabouts remains unknown to the internaional communiuty, and many deem him to be the world's youngest political prisioner; just six when he was abducted by Chinese authorities.

Tibet's spiritual leader, the Dalai Lama, recognized him as the reincarnation of the 10th Panchen Lama in 1995. Since then, there have been uncornfirmed sightings of the Lama, who is now 22 years old.

The United Nations Working Group on Enforced or Involuntary Disappearances, recently stated that China's detention of the Panchen Lama is one of the oldest involuntary disappearance cases  in the country. China has said several times over the years that he is safe and in Tibet, and "does not want to be disturbed".

Beijing argues that the Dalai Lama is seeking to create an independent Tibet, and in 1995 Chinese authorities named their own Panchen Lama, Gyaltsen Norbu, to counter the Dalai Lama's influence. Gyaltsen Norbu has been made a member of the Chinese People's Political Consultative Conference, one of the country's highest political bodies.

The protests co-incide with the news that five Tibetan NGO's have demanded China to provide evidence on the whereabouts of the 11th Panchen Lama. The NGO's began collecting signatures in a petition calling Chinese authorities to disclose information on the Panchen Lama's existence. The rallying statement was released on the Panchen Lama's 22nd birthday; who was born on April 25th 1989.