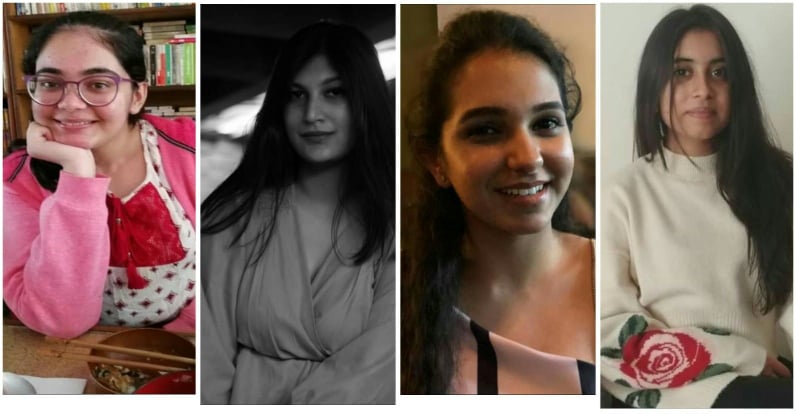 Lucknow, India — An exclusive interview with four students from prestigious colleges under Delhi University. They shared their perceptions upon India's policy on Tibet and the recent Tibetan Policy and Support Act 2020 with Tibet Post International on January 24, 2021.

The skirmishes and face-offs between the Indian and Chinese troops across the Line of Actual Control and in the Galwan Valley made headlines across the world in 2020 and refocused the attention on India’s foreign policy on China and the Tibetan autonomous region. Tibet historically served as a buffer region between India and China until China’s annexation of the country in the 1950s and was even recognised by the Indian government as a de facto country until then. While India’s peace-oriented policy on Tibet was etched out as a part of the Panchsheel treaty of 1954, India’s reluctance to take a definite stand on Tibet has only grown since as it now recognises Tibet as an integral part of China.

The United States, on the other hand, has adopted a more aggressive policy on China’s annexation of Tibet as the US Congress passed the Tibetan Policy and Support Act 2020 last year which aimed to impose visa restrictions and sanctions on Chinese officials if the country tries to interfere with the selection process of the next Dalai Lama and to establish a US Consulate in the Tibetan capital city of Lhasa before China is given approval for any additional consulates in the United States.

America’s hardened stance on the Sino-Tibetan issue under the Trump presidency along with the increasing military skirmishes between Indian and Chinese troops has renewed a conversation about India’s foreign policy on Tibet and its nationhood — an issue that has been creeping to the international centre stage with the advancing age of His Holiness the Dalai Lama and the political upheaval that is expected during the selection of the next spiritual leader of Tibetans across the world.

“India has to make clear in its position to China that any Chinese involvement in the process of selecting the next Dalai Lama simply won’t be acceptable and would remove the legitimacy the position holds within the Tibetan communities across the world and in Tibet,” said Muskaan Malhotra, a final year student at Shri Ram College of Commerce, studying Economics with an emphasis on public policy. “I think there’s a window for us here to correct the wrongs of the past by moving away from a submissive foreign policy towards a more clear-cut one that will renew the faith of the thousands of Tibetans who have called India a second home for decades.”

A central reason for India's passiveness and America’s confrontation on the issue of Chinese occupation of Tibet that Malhotra and many others point towards is India’s geographical proximity to China as opposed to the US that is separated by the communist state by thousands of miles. India also has become increasingly isolated in its immediate neighbourhood in recent years as key regional allies like Nepal and Sri Lanka have caved to increasing Chinese influence in the subcontinent.

“There is a dilemma that has become central to the Indian stance on Tibet as India is a democratic state that is wilfully ignoring the authoritarian oppression of an entire people in its immediate geographic neighbourhood because of this decades old policy on mutual non-intervention,” said Naina Khurana, a third year student studying Economics at Miranda House, Delhi University.

“I do worry about the kind of precedent India would set by taking a more vocal stance on Tibet, which China considers an internal matter, as it would open the gates for the Chinese to comment on the wide variety of internal issues that are pervading our nation — from the farmers’ protests to the Kashmiri autonomy, she added.”

Khurana’s comments perfectly sum up the opposing lines of thought that have manifested a mostly neutral and non-existent stance of India in the past few decades. From India’s surrender of the British-inherited extraterritorial rights to Chinese annexation in 1954 to A.B. Vajpayee’s recognition of the Tibetan Autonomous Region as a part of China in a joint statement made with the Chinese Premier in 2003. India has had a disastrous record of stopping China’s advances in the Trans-Himalayan area. While India has continued to uphold the idea of a unified China as imagined in the Panchsheel treaty, China is now laying claims to Arunachal Pradesh by designating it as South Tibet and also controls one-fifth of the Kashmir region that India has claims to.

“This issue has been absolutely bungled from the start and now it has become so much harder for India to stand up to China on any issue, including Tibetan sovereignty. Due to the heavy reliance of the Indian economy on Chinese imports with China enjoying an over 36-billion-dollar trade surplus with India,” said Arpita Makker, a student at Delhi University’s SGTB Khalsa College.

“India can’t even take swift actions when China impedes on its own territory and is forced to resort to actions like banning Chinese applications and mild economic sanctions. I don’t think there's an appetite for aggressively retorting against China on any issue, including the ever-important topic of Tibetan autonomy and nationhood, she mentioned.”

Despite all the socio-political roadblocks that college students list when probed about the possibility of a major shift in India’s foreign policy on Tibet, the running thread in all conversations is hope and aspiration for definitive change for the people of Tibet and the exiled population. “I used to go to MT (MajnuKa Tilla) a lot as a Delhi University student, which is basically a Tibetan refugee camp, and the people there are hopeful with regards to going back to their homeland and it being an autonomous zone. And I do respect their right to self-determination,” said Nikita Bhatia, a recent graduate of Delhi University, acknowledging the limited possibilities of change in the Indian stance without the United States and the European Union building more concrete diplomatic and economic pressure on China.