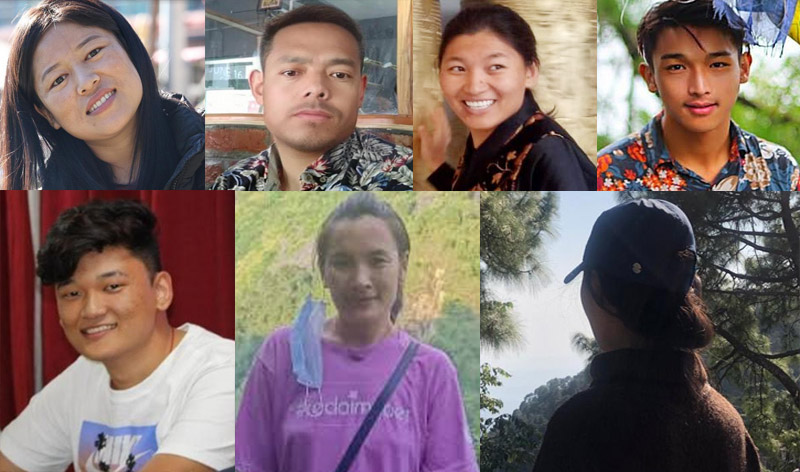 Dharamshala, India — Unlike previous elections, the primary election candidates for 2021 Sikyong of Tibetan government in-Exile and Members of Tibetan parliament-in-exile are largely discussed in Tibetan communities.

Not to mention the eagerness, discrete, and interest that young Tibetans show in their soon-to-be-elected leaders. The voices of youths are signs of their concerns in the country’s political affairs and democratic process in-Exile.

TPI interviewed 21 Tibetan youths to share their aspirations, demands, and ideas for the upcoming Sikyong and MP candidates of Tibet. They poured significant, relevant, and resounding thoughts based on the following two questions.

1. What kind of Sikyong you would want in 2021 for the Central Tibetan Administration (CTA)?

2. What qualities do you think should the 2021 members of the Tibetan Parliament-in-Exile (TPiE) possess?

Sikyong - In my opinion, whoever comes victorious in the end among these preliminary candidates, we as Tibetan citizens need to take our responsibilities and support the 2021 Sikyong. For the first criteria, a Sikyong should work to solidify all Tibetans as one not to create a partition of those in abroad, in exile India or Tibetans inside Tibet. Possessing this kind of thought and delivering such considerations to others as well.

Second, a Sikyong will face many difficulties hence, she\he should have the quality to dissolve these issues accordingly without making a bigger deal out of it. Decent and could convey whatever they are talking about properly and to the point. It will satisfy the audiences as well. A Sikyong should be able to speak fluently in our own Tibetan language which will portray a good example to our young Tibetans enrolled in English medium schools across the globe and of course not to mention a good English speaker. He\she should be able to impart our Tibetan situations to others clearly whenever required. Otherwise, all candidates are faithful and have the will to do something for Tibet.

PM - MPs are the bridge between the government and its people. They should be able to deliver clearly the decisions made by the government to its public. Prioritizing the welfare of Tibetans in every settlement rather than individuals who only hold onto their name, position, and fame.

Sikyong - There are few criteria I would want to see in the 2021 Sikyong. foremost, the new Sikyong should follow and work according to the wishes of His Holiness the Dalai Lama. Maintaining the loyalty, integrity, and faith that Tibetans inside Tibet have in CTA and His Holiness continuously. Uplifting unity among Tibetans in exile communities. Leading Central Tibetan administration successfully. A Sikyong should be able to spread awareness about the prevailing Tibet issues on international platforms.

MP - Parliamentarians should improve their qualifications in education. There are many members of parliament who have been in positions for years and I am looking forward to new, young, eligible, and educated Tibetans in our parliament. A particular question I have for the previous members of parliament in exile is that many of their own children do not really care and have awareness about Tibet issues. If an MP cannot guide one’s own family properly, how can we expect them to lead the nation in the right direction?

Sikyong - The 2021 Sikyong should have a proper understanding of the past, present, and future situation of Tibet. Tibet is historically a free country and should administer it in consideration of that fact. The elected Sikyong must be able to build foreign relations with other nations. The president should have pride in the country and its people. There is a need to make aspirations for Tibet.

MP- The parliamentarians of 2021 should not have biased patriotism in terms of region and religion. They should be able to improve the overall welfare of Tibetan refugees. Strengthening the relation between Tibetans inside and outside Tibet.

“Sikyong” the political head of the Central Tibetan Administration is responsible for the wellbeing of Tibetan people outside as well as inside Tibet. Thus, the kind of Sikyong I wish for;

MPs should prioritize National interest above the interest of smaller groups.

Sikyong - I have my regards and appreciations for the upcoming 2021 Sikyong irrespective of religion, region, and province. My greatest hope is that the wishes of Tibetans inside and outside Tibet be fulfilled. The conflicts between China and Tibet need to find an answer soon through the profound method of the Middle Way Approach.

The unique benefits, directives, and characteristics of the Middle Way Approach and its foundation should be explained in detail to international communities and Tibet support groups. A Sikyong should be well educated and must work for the unity of Tibetans. He\she should be able to produce practical results rather than mere talks.

MP - The upcoming MPs should work for Tibet cause selflessly. Their actions must not be in a manner that will make the enemies happy while disappointing our supporters. Following the constitutional rules and regulations imposed by the Central Tibetan Administration is their duty as elected MPs.

Sikyong - The basic premise of a good leader is to be virtuous and intelligent. A Sikyong is someone who holds a position of authority therefore he/she should be authentic and should not focus solely on power. Few requirements for a true leader i.e. a Sikyong should be someone who knows how to respect and listen to others' opinions. He/she should understand that telling them the truth or critiquing them on how they ran the office is not offensive. Sikyong should not be someone who points fingers at others, true leaders take responsibility and lead others to the right path instead of playing the blame game. After all, looking for a remedy is better than finding fault in someone.

Also, a Sikyong should know when to give credit when it is due. He/she should not be someone who boasts about how great they are instead of giving credit for the works done by his/her colleagues. If Sikyong wants to be a transformational leader, he/she should guide and work alongside his/her staff and followers (the public) in a realistic way and not to deceive them with false promises and pretensions. Sikyong should not abuse his/her power by scoring personal vendetta. He/she should strive to look for solutions concerning the people instead of having negative feelings over personal battles. If our upcoming Sikyong practices such beliefs/theories, then in the long run he/she will be able to run the office with respect and admiration from the general public. Just like the Chinese saying "Rule a kingdom as though you were cooking a small fish, don't overdo it."

Sikyong - 2021 Sikyong should be able to spread awareness and publicize Tibet's cause on international platforms. Also, someone who could authentically educate the Tibetan public on Tibet cause and politics.

MP - Individuals who are sincere and altruistic. Persons who could think and talk about the welfare of the Tibetan public gallantly. Not parliamentarians who only find faults and point fingers at others.