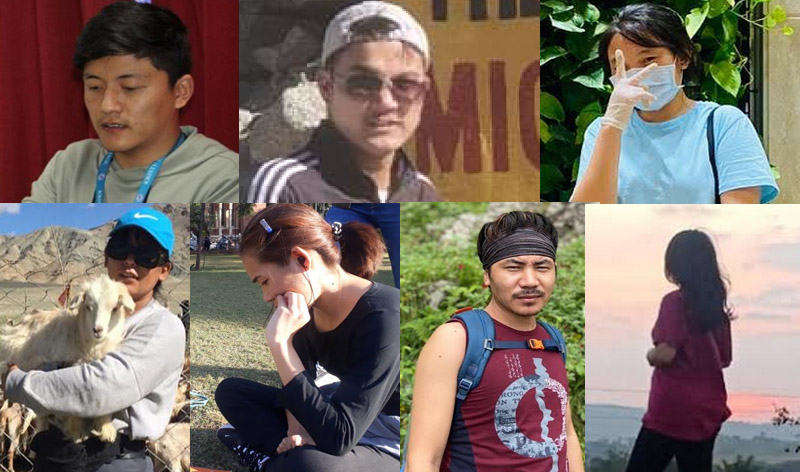 Dharamshala, India — Unlike previous elections, the prelimary candidates for 2021 Sikyong of Tibetan govrnment in-Exile and Members of Tibetan parliament-in-exile are largely discussed in Tibetan communities, using social media platforms. Not to mention the eager, discrete, and interest that young Tibetans show in their soon-to-be-elected leaders. The voices of youths are signs of their concerns in the country’s political affairs and democratic process in-Exile.

TPI interviewed 21 Tibetan youths to share their aspirations, demands, and ideas for the upcoming Sikyong and MP candidates of Tibet. They poured significant, relevant, and resounding thoughts based on the following two questions.

1.What kind of Sikyong you would want in 2021 for Central Tibetan Administration (CTA)?

2.What qualities do you think should the 2021 members of the Tibetan Parliament-in-Exile (TPiE) possess?

Sikyong-There are three qualities I would like to see in our 2021 Sikyong. Firstly, the President should be able to lead Tibet according to its situation. A President is the representative of a whole nation but as per our current situation, our president should not afford to rule in the same manner that other leaders of the countries do. We have to consider our own country’s situation that is very different from other free nations. Secondly, everyone makes mistakes and if there are mistakes made, a Sikyong should have the confidence to apologise whenever it is due. Thirdly, the 2021 Sikyong should continue to oversee what Tibetans inside Tibet really need not just mere lip services, in my opinion.

The members of the Tibetan Parliament-in-Exile come as representatives of religious sects, regions, and others. But once they become the parliamentarians, it is important to work for the wellbeing of all the Tibetans as a whole. We are political refugees and it would be great to have members of the parliament to engage in more political activism. An elected MP (a member of Parliament) is a public servant and they should step down and see the core of people’s concerns rather than being arm-chaired parliamentarians. These are purely my suggestions.

A Sikyong believes in the unification of all the Tibetans around the world no matter what their province is. A Sikyong who stands firm for youth empowerment not only in education but in other aspects as well. A president who can represent Tibet not only in-exile but also from inside Tibet as well.

A member of the Tibetan Parliament in exile should be able to speak up about the real distress of the fellow Tibetans rather than fabricating a controversy. A member who believes in speaking up about the gender inequalities in our society. A member who could bring up the sexual harassment that is a hidden agenda in our community.

In my personal opinion, the upcoming 2021 Sikyong election is an extremely vital fate for Tibet's cause in near future. Among the candidates, whoever emerged victoriously, have to deal and go through a completely different political context of international as well as vague Chinese internal politics. Since the outbreak of the coronavirus pandemic from China and the rocky relations of communist China with both the US and India in recent weeks, the environment for CTA's accomplishment of its commitments will be struck in an unfamiliar scenario, henceforward. Such circumstances might demand new strategies and innovative paths from the upcoming Sikyong to walk on for Tibet cause.

The unprecedented, chaotic current global politics where the communist regime plays the role of the main antagonist might put us either in a better position or in a worse situation. It will also demand a creative Sikyong to smartly drive the Tibet issue on a new road of strange political environment. I want our second Sikyong to be more engaging and opportunistic amidst the struggling CCP in both international and national, where the problems within the communist party are vivid to the outside world as Xi Jinping encountered continuous internal disagreements from party members since the beginning of the pandemic. 2021 Sikyong, hence, is more important in deciding the fate of Tibet on this approach.

On the other hand, matters like the welfare of the exile Tibetan community and possible developments are not as important as above in my opinion since we are in a better position than ever in terms of economic and opportunities to uplift every individual Tibetan for their personal needs and whims. So, I am looking forward to a 2021 Sikyong who put more effort into wider Tibetan issues to liberate Tibet from China rather than focusing on the exile Tibetan community alone.

I see that the upcoming 2021 members of the Tibetan Parliament-in-Exile are equally important as Sikyong, in the legislation to pressure or enhance the efficiency of the upcoming CTA's objectives under new executive directors which is yet to be decided. The upcoming members of parliament should be individuals who regard themselves as genuine Tibetans first even though they may represent their regions, religious sect, or whatever. Those who consider themselves Tibetans mostly will definitely have a greater impact on our society as well as inside parliament unlike those who prioritise the group for which they represent. Secondly, I am more interested in liberal candidates who were not influenced by religious beliefs and ethics which ultimately creates bad impressions in a society where voiceless minorities are ignored based on religious ideology. The members of parliament with inclusive mindsets are the ones that I am looking forward to having in power, whereas exclusiveness always tends to disapprove and reject certain Tibetans. Since the election and representation are completely political in motive, the candidates for members of TPiE should and must be free from religious and regional objectives while working for the greater cause of Tibet. Finally, a good person is always a great candidate for good deeds.

Sikyong- An honest person, who works for the people of the country with plans for the future of Tibetans in Tibet. Someone who wants to improve the wellbeing of Tibetan people economically, politically, and socially. A Sikyong should be a leader who can also emphasis more on the education of generation after generation.

For MP candidates, the most important requirement should be their talent and capabilities rather than keeping faith in their mere words. Members of parliament should be honest at work and require profound experiences of working and communication skills etc.

We are desperate for a trustworthy Sikyong who can lead us in upcoming difficult circumstances. A president who needs to be well equipped in decision making and someone who can really highlight the needs of our scattered population.

We need members of TPiE who can question anyone without a biased intention. Quality measurements must be promptly done in the coming parliament members.

Sikyong - primarily candidates who possess the genuine quality of unifying all the Tibetans under one aspiration needed. As we believe that unity is the ultimate strength to overcome a pending problem. Secondly, better knowledge of international affairs, not just the internal matter alone. Because it is very necessary to have international support to fight for our Tibetan cause.

The members of the TPiE should be educated and altruistic in attending concerns of the public. Comprehensive and thoughtful in terms of our situation.

For me, 2021 Sikyong is a representative of His Holiness the Dalai Lama and should be able to enter into peaceful dialogues with influential Chinese figures. The elected Sikyong should be able to hold every Tibetan in equal regard.

The 2021 Tibetan parliamentarians should be considerate and dutiful towards the current situations of the Tibetan public. Most importantly they must not bring baseless rumors and controversy in the parliament sessions. They should rather focus on consolidating the bond between Tibetans inside and outside Tibet.

The interview was conducted by Yangchen Dolma and Namgyal Dolma, both are reporters of Tibet Post International.