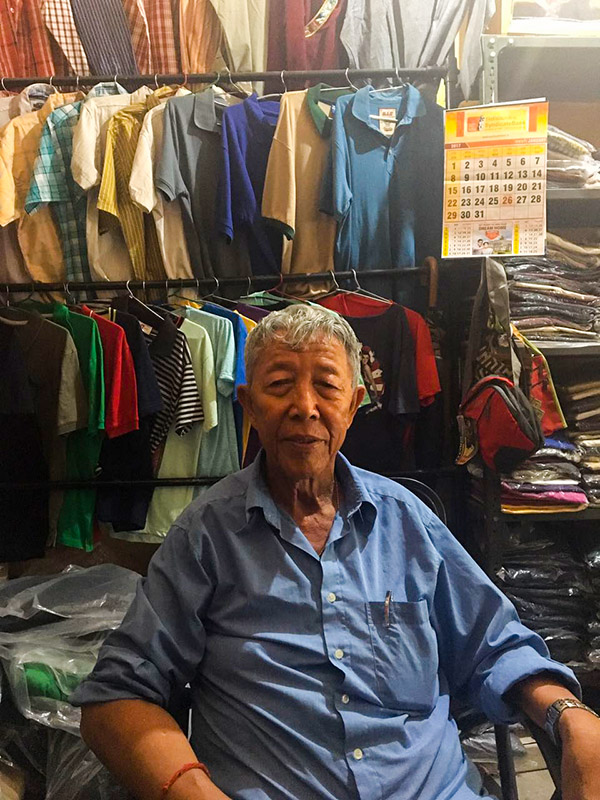 Bylakuppe, Karnataka State, South India — Sonam Dorjee was a monk of Sera Jey monastery when he was inside Tibet and he enjoyed an affluent and joyous life. He says, “Very unfortunately, the Chinese troop reached Lhasa, the capital city of Tibet, and without any sign of mercy they started firing and bombing at Potala Palace as well as the nearby monasteries and our monasteries was among the targeted ones. We rush down to palace to take weapons, but on our way I saw my brothers dead, blood covering the floor. Seeing my elders fighting, hands bloodied, I got rush of adrenaline to fight back against our enemy. So we took weapons and went back to our monastery, again seeing many monks killed and injured. We brought them back in to the monastery, but our guns were too weak against their bombs. Nevertheless we didn’t give up and we fought until our weapons were useless and until our sweat dried up. When we had nothing left to do except to run for lives, we ran. We escaped by crossing many mountains and glaciers without food and shelter, we ate snow to quench our thirst and sucked our empty Tsampa sacks to survive until we reached India.”

He continued, “Finally we reached Tawang in northeast India, and we begged for food. We went to Bomdila, then Assam Mesomari. There a rumor spread by the Chinese government, saying that the monks who had escaped from Tibet were traitors and they ran after committing great crimes, they warned the local people at Tawang not to welcome us there. But the Indians understood that we were not bad being and we were received warmly."

He said, “we went to work at Bomila as road construction workers, because we needed work. We worked constructing roads for almost nine months, and we faced health problem, food scarcity and unfavorable climate; many of our mates died and many got ill, yet we survived, and then we came to Himachal Pradesh to continue building roads. We stayed in Chamba for one year, there I learned how to drive a tractor.”

“I went to the Transport Office and requested to the manager to appoint me as a driver in Chamba, and he granted me permission. I learned to drive and how to repair any vehicles. Years went by and I went to the Tibetan Central Administration for a job. There, the Home Minister granted me a job there, and after two years of service in CTA in Dharamshala, I was transferred to the Bir Tibetan Association, and I worked there for one more year.”

He continued, “we have so many farmers both in south and north India, and they are working so hard maximize their production for their survival. A Swiss charity manager, named Lodi, told His Holiness the Dalai Lama that, it is so difficult for Tibetans to keep a large number of bulls to plow the farms and harvest with domestic tools, instead, he said that he will donate a number of tractors to the farmers and he requested the Dalai Lama to find people who could operate and drive tractors. At that time I was in Bir and I received a letter saying that I had to go to Mysore, south India to handle the tractors and help the farmers on their farms."

“At first I was only a tractor operator and didn't have a farm to cultivate, but after years of service in Bylakuppe, I finally resigned in 1972 and I started my life cultivating. Lodi taught me the secret of farming, and that grains were where the major profit were heaped. So we mainly planted corn and grains in those days.

"The Indian government provided monthly rations and clothing and we also were provided with a house, where we were safe from wild elephants and wild boar attacks, and the harsh climate of the seasons. Later on, for a year I went as a peddler to sell clothes door to door across the whole settlement and it was not so bad.

"In 1970, the Tibetan youth congress began, and I was among the people who started TYC in Bylakuppe and in the north, it was Tenzin Gelek, Tenzin Namgyal Sonam Topgyal, and Jay Rinpoche who started TYC in Dharamshala. From 1972 to 2017 I served as TYC Bylakuppe in our society and I am also the head of the Democratic Party of Tibet in Bylakuppe which was founded in 1977 under the consent of His Holiness the Dalai Lama.”

He learned English and Hindi while constructing the roads, he used thrown out cigarette boxes as paper and asked the travelers to teach him how to pronounce words during his lunch break throughout his years at the road side.

He had five kids, now all are graduated and two are in America, two are pursuing their nursing degrees, and the eldest is doing her doctorate. Even though he is not educated, he is so proud that all of his kids are pursuing higher studies.

Currently, he is a running a small shop in Bylakuppe and enjoying a simple life there. He said, “if we serve our community, our society, and help others with clear intentions, our life will automatically become meaningful and contented. Likewise, don’t forget to serve communities and help others because it is the only source of our happiness and others' happiness too. Younger generation must keep this in mind and lead their lives forward to brighter futures, so that you can serve your community, and your own life will become meaningful and content as well.”