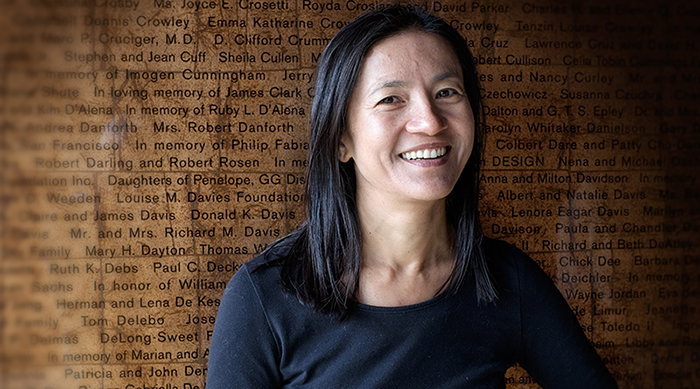 Dharamshala, India — “I think stories are memories, stories are a way of thinking or working towards justice and telling our side of the story, to remind the world that we are still here,” said Tibetan writer Tsering Wangmo Dhompa while talking about her book A Home in Tibet, with Tibet Post International(TPI).

An exclusive interview with Tsering Wangmo Dhompa(Tsering). She talks to TPI about her book, her writing, and how she became a writer, poet, and more.

TPI: Can you please give us a brief introduction of yourself?

Tsering: I am a poet, writer, and educator. I was born in India and lived in Dharamshala until I was about 12 years old and then in Kathmandu, Nepal. I commuted between the two countries for school and college. I live and work in the United States, and have been here for 25 years now.

TPI: Could you tell us a bit more about "A Home in Tibet", which was published by Penguin India?

Tsering: I wrote this book(A Home in Tibet) after four visits to Tibet. My mother was the only person in her family to have escaped into exile, and one of three people from her clan and her nomadic community. We had a lot of family friends, but she was separated from her family in her life in exile. It was always very clear to me that I would go and visit her family in Tibet. I was only able to do that after she passed away. On each of my visits, I would stay with them for a relatively long period of time.

I was taking notes while I was there because I would write letters to my mother (in a notebook) and it was only after the fourth visit that I started thinking, well, maybe I can write about Tibet as a Tibetan and that might be a way for Tibetans who do not have access to Tibet or probably will not be able to go to Tibet, to see what it is like to go back to your own country as a Tibetan.

So the book is about my mother's nomadic region, Nangchen, in eastern Tibet. It is also about the tenuous space of exile, and because I grew up with elders from Nangchen, the book also touches on their relationship with Tibet. They lived with the hope of returning to Tibet at some point in their lives.

TPI: Could you please share with us when you first became interested in writing and why you write in English or what is the advantage of writing in English?

Tsering: I write in English because it is the only language I can write in! If I knew Tibetan well, if I could write in Tibetan, I would. I did not have the chance to study Tibetan formally. English is the language I think in and feel most comfortable in. I started writing when I was 12 or 13 years old. I used to write poems for my mother. So I guess I was writing from an early age. I was quite a shy child and books were very important to me.

In terms of audience, and I speak of the Tibetan diaspora, the number of Tibetans who read Tibetan is probably much smaller than those reading in other languages. So in that respect, I would say there is a wider audience for literature written in Tibetan and we can reach out to non-Tibetans who might not know about Tibet. This can be a way to raise awareness about Tibet among that section of the population.

TPI: How can the issue of Tibet be addressed through literature?

Tsering: I never think that my writing has access to power, to decision-makers in any way. But I think so much change is brought about by ordinary people and their desire and fight for justice. If you think about it, literature influences people's attitudes, values, identity, and sense of history directly and indirectly. The power of narrative is a power that we might not think of as being political, but in fact, it is very, very political. In the context of the Tibetans in Tibet, for example, so many stories are not allowed to be told. And so I think in that aspect, the stories we choose to tell, how we tell them is very important.

I always look to Edward Said’s writings to remember that cultural forms like novels have a relation to Western imperial attitudes, and formations of identity, particularly for colonised people. Stories help us describe the world around us, but they also allow us to imagine alternatives to the present conditions of life. It is particularly crucial for those of us who are, in some sense, on the losing side of history. I think stories are memories, stories are a way of thinking or working towards justice and just telling our side of the story, to remind the world we are still here.

TPI: As one of the few female Tibetan writers and poets, what do you think is the main reason or cause for the lack of Tibetan writers, especially women, among Tibetans in exile?

Tsering: I wonder if we value the writers in our communities and do we read their work? We need not only more writers, but more readers in our communities. We need to make room for writers, support them, want to read them. I know Tibetans my age who keep up with books on Buddhism and they know about Buddhist canonical texts, they know them and they read them, but novels and poetry are not regarded with much interest. Also, the Tibetan community in exile has gone through a tremendous change. I think that it takes time to tell one’s story while you are in the process of living through and understanding huge historical, social, and political upheavals.

But I also want to challenge the idea that there are not many women writers. I think there are wonderful women writers today. There are so many writers writing in Tibetan, and sometimes we do not focus on them. We focus more on the writers who write in English. There are possibly many more Tibetan writers writing in Tibetan in exile as well as inside Tibet and we should take a closer look at their work.

I want to talk about some of the exciting recent works in English. Tsering Yangzom Lama’s novel We Measure the Earth with our Bodies, is coming out in a few months. It is a fine, fine novel that covers 60 years of exile history and life. Tenzin Dickie not only writes, translates, she also helps Tibetans publish their works: she has edited an anthology of short stories, Old Demons, New Deities, and she is currently working on an anthology of non-fiction. Many poets are writing in English: Kaysang, Lekey Leidecker, Chime Lama, Sonam Tsomo Chashutsang, and so on.

TPI: Can you tell us more about the theme "Tibetan Refugee-Citizenship and the Nation in Exile" in brief and how Tibetan identity and culture have been maintained in exile?

Tsering: When I talk about refugee citizenship, I refer to the fact that when Tibetans came from Tibet, they were suddenly turned into refugees, but the formation of the Tibetan government in exile provided a relation between the people and the government much like that of people who are citizens of nation-states.

So even though this “citizenship” is a preparation for a future country, and the constitution is for a future Tibet, we do have a community, we have representatives that we vote for, and we make a voluntary contribution towards the government. I think the exile community and the exile government is special, a rare organisation and institution. We have achieved something quite remarkable under the leadership of His Holiness the Dalai Lama.

TPI: Finally, what advice would you give to young Tibetan writers and poets?

Tsering: I would say there is enormous value in observing, listening, and paying close attention to life around you. Listen to the stories people tell, pay attention to people, be very attentive to the life people live. I think observation is very important for writers to develop a particular sensitivity and sensibility. And of course, you learn a lot about writing from reading. If you do not have access to a variety of books, read whatever you can get. Find the writers you admire, study their language.