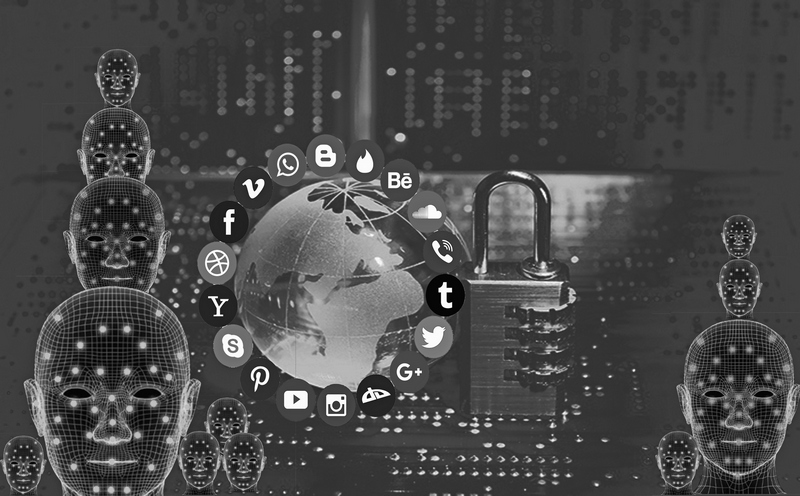 China inside the contemporary censorship and propaganda warfare in the twenty-first century. Photo: TPI

The global decline in press freedom and freedom of speech has accelerated sharply in recent years, largely due to China's exploitation and misuse of social media and other vulnerable media, weaponisation of propaganda machines, attacks on democracies around the world and making it easier to completely isolate Tibet from the rest of the world, according to a new report by Tibet Post International (TPI).

“Xi Jinping's Maoist policy revision in China destroyed Deng's dream of reform and opening up China, which astonished the whole world”, says the report "The Rise of China: Propaganda, impact, influence, censorship, offensive attacks on Tibet", an assessment of press freedom and Chinese propaganda machines, published Friday, 13 May 2022, by the TPI.

The report found that “the Government of China, through systematic and blatantly repressive policies, continues to maintain a tight grip on Tibet, suppressing the political rights of Tibetans and the peaceful expression of their religious, cultural and linguistic identity, and subjecting the Tibetan people to severe persecution, genocide, inhuman torture, harsh imprisonment and extrajudicial massacres in the Tibetan homeland, which constitutes a new model of occupation and colonisation, a violation of international law and the human rights of the Tibetan people.”

The study has further lowered expectations of press freedom in China since President Xi came to power in 2013 and  is saying that “China under the leadership of President Xi Jinping, has become an outrageous evil authoritarian state in modern history, in recent years”.

“Any and all efforts are made to effectively and completely block any and all critical views, both from within and outside China, through any and all channels, while using every social media giant and western mainstream media, along with its growing economic power, “military aggressions”, as socio-economic and political tools, in massive “propaganda” machines, applying massive tri-influence, massive and pervasive “censorship” and surveillances, mass-blockage of information, spreading communist ideas around the world, and imposing commercial consequences for disobeying the claims over its contemporary sovereignty.”

“Within Tibet, the voices of Tibetans are totally controlled and suppressed, using all means of violent force and repressive policies, including heavy weaponry of the police and military, committing genocide, carrying out inhumane torture, handing down harsh sentences through secret trials and secret prisons, while brainwashing Tibetans through the Chinese Communist Party's propaganda machines,” says the report.

“Replacing portraits of His Holiness the Dalai Lama with those of Chinese Communist Party leaders, including Mao Tse-tung and Xi Jinping, in all religious institutions and monasteries in Tibet, in order to continue to receive government support as the authorities suppress efforts to assimilate and control Tibetans in their homeland”, it added.

The report said that “the contingencies currently arising are about following the Chinese propaganda narrative but rather about economically and politically influencing and manipulating governments and international companies across the world in cooperation and partnership, whether intentionally or unintentionally, have a huge negative impact on the Tibetan way of life both inside and outside of Tibet.”

“These have convincingly made the status quo that China is not only systematically restricting and curtailing national religious and cultural freedoms, freedom of speech, movement and assembly, while attacking their struggle for freedom, democracy and human rights, but also meticulously seeking to eradicate all Tibetan cultural language and religious identity and expressions from within Tibet. The repressive policies and aggression of China are now unmeasurable, politically backward and historically shameless, factually illogical and morally irresponsible,” said the report.

“With these negative changes and developments, even though contradict historical and political facts, some mainstream media, which claims not to be influenced by or associated with any government or political party, continues to follow interpretations of the Chinese propaganda machines, obliterating what the Tibetan people really feel and what they really demand,” says the report.

“When China declares that those voices raising the issues of Tibet “hurt the feelings of Chinese people”, some mainstream media outlets are apparently very concerned about this announcement while ignoring the suffering of a lost country, Tibet, where genocide has been committed and massive human rights abuses have taken place and labelling the legitimate struggle of Tibetans for self-determination as political terms of the Chinese government,” it revealed.

The reportalso said that authorities in Beijing “extend coercive power and censorship, monitor and silence any opposition, domestically control media and information, while buying western journalists and using “western media” and social networks internationally to manipulate information, suppress any growing dissent, develop propaganda activities by brainwashing the population, crush any elites and demonise their supporters, convert populism and nationalism, manipulate public opinions, play the emergency cards and advance and influence the socio-economic and political model.”

“Equipped with political paraphernalia, using the terms divisive, sensitive and other popular terms in current international affairs to brand all apparent opponents as threats or harm, funding domestic academics and pro-China commentators and speakers, employing selected historical events and rewriting them as victories versus victims to make all the above seem reasonable and legitimate,” it further added.