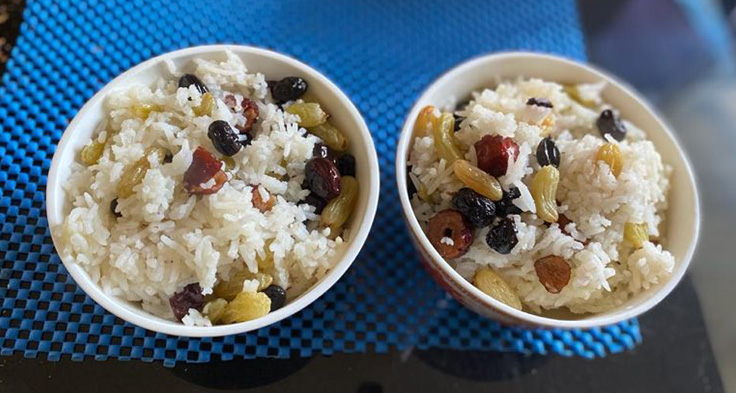 Dharamshala, India —Tibetan cuisine mirrors the culinary practices and traditions of its people. The cuisine is an ultimate reflection of Tibet's geographical landscape and history. The mountains, plateaus, and influences from neighboring countries are an integral part of the cuisine. Tibetan cuisine consists mainly of noodles, soup, dumplings, and cheese, usually made from yak milk.

Tibet's national crop, barley, is used in most of its dishes. Barley, a very altitude-resistant grain, is used in the staple foods Tsampa (flour mill made from barley)

Balep is a Tibetan bread traditionally baked in a pan and eaten for breakfast. There are many variations of balep and fried cakes consumed throughout the country.

Thukpa is a staple food consisting of vegetables, meat and noodles dipped in a broth. Thukpa is a very popular dish even in Nepal and India, thanks to the immigrants from Tibet who carried their cuisine with them and popularized it. What keeps them warm and cozy in icy Tibet is a bowl of Thukpa with handmade noodles, which they enjoy for either lunch or dinner.

Similar to Japanese gyoza and Korean mandu, Tibetan momo is popular in Tibet, Nepal, and India. Heavily influenced by Nepalese cuisine and South Asian spices, momo are usually steamed squares of dough filled with vegetables or meat and served with a spicy tomato sauce.

Tibetans have desserts like Dresil and Khapsey, a sweet dish made of rice cooked and mixed with unsalted butter, raisins, dates, and nuts. This is usually served at the Losar Festival (Tibetan New Year) and ceremonies. khapsey is a fried biscuit made at celebrations such as weddings and the Losar Festival. These cookies are made into many different, intricate shapes and textures, such as donkey ears, and sprinkled with sugar.

Traditionally, Tibetan Buddhism prohibits the consumption of alcoholic beverages. For Chang(wine) mostly comes from barley, but rice, wheat are also used for brewing.