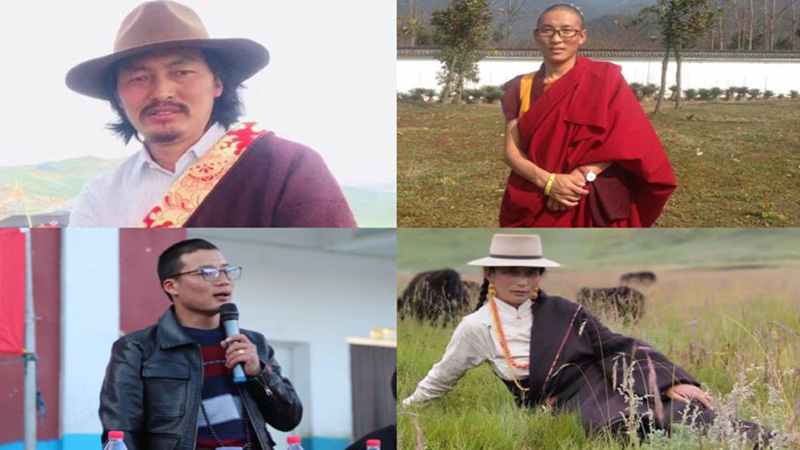 Dharamshala, India — Tibetan writers, environmentalist, and political activists have gone missing after being detained by Chinese authorities in March and April 2021. Their whereabouts are still unknown to their family members.

“Senam, a Tibetan writer and environmentalist was disappeared after detained by the Chinese authorities from his home in To-Tsa village, Serta county, eastern Tibet, on the night of March 23, 2021. Further information, such as the reasons for his arrest and detention, as well as his exact whereabouts, is still undisclosed to the rest of the world,” he said.

“Senam is a Tibetan writer and teacher who has devoted his life to Tibetan education and environmental conservation. He was arrested by Chinese police in Serta county on September 15, 2020, for establishing a Tibetan Parent's health”, he added.

Senam is from To-Tsa Village, Rag-Tam, Serta County, Tibet. His father's name is Dhukar, and his mother's name is Lhe Tso. He is the father of one daughter.

“Gangpu YouBhum, a former Tibetan political prisoner was detained by the Chinese authority on March 22, 2021. His whereabouts are unknown, including where is to be held. You Bhum from Go-Za Village, Serta county, Ganzi Province, eastern Tibet,” the former political prisoner told TPI.

“During the 2008 Tibetan uprising, he raised the Tibetan national flag and called for His Holiness the Dalai Lama's return to Tibet, as well as protesting Chinese oppressive policies in Tibet. Soon after, Chinese authorities arrested him and sentenced him to three years in jail,” he further added.

“On February 19, 2011, he was released. However, he and his friends formed a 'Red Resistance Group' and began a series of events in various locations. As a result of this organisation, the Chinese authorities arrested him again on May 14, 2012, and sentenced him to two years in prison,” Golog Jigme continued.

On April 1(2), 2021, Chinese authorities detained another former Tibetan political prisoner, Gang Tsering Dolma. However, the reason for her detention and the location where she will be held remains unclear.

“She was arrested multiple times after staging a peaceful protest in Seta County against Chinese policies in Tibet, from 2008 and 2012. On June 1, 2008, a large number of Chinese police with 13 vehicles arrived in Kangtsa village detained Dolma and her father without giving a clear reason,” Ven Jigme said.

As a result of the horrific torture and beatings she endured in prison, she developed severe health issues after her release, including cardiac problems, vision loss, and an epileptic fit.

Even after her release, she is required to report her presence to the Chinese police and not allow her to leave her village.

The names of the other two Tibetans detained, as well as the dates and locations of their detentions, remain undisclosed.