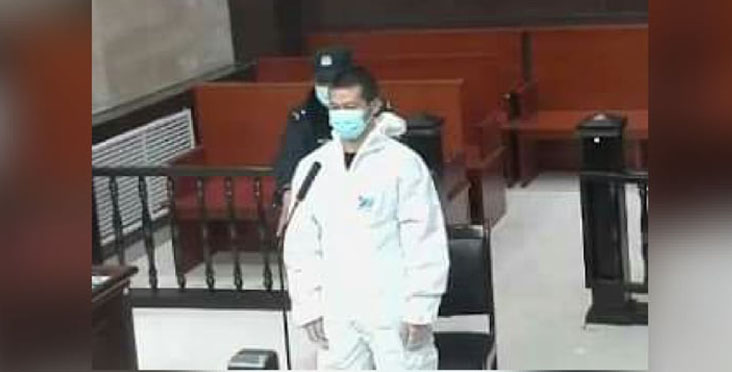 Dharamshala, India— A Tibetan is sentenced to imprisonment by the Chinese authorities on December 14, 2020, for merely posting a teaching of His Holiness the 14th Dalai Lama on social-media and wishing a happy new year to officials of Central Tibetan Administration (CTA).

A Tibetan named Lhundup Dorjee, aged 30 was sentenced to a 1-year prison-term for allegedly sharing teachings of the Tibetan spiritual leader along with photos of free Tibet and written letters on social-media. The Chinese authorities sentenced him to one year of imprisonment on the groundless charge of ‘splitting the nation’. He was put under detention since July 14, 2020. He was arrested on July 23, 2020, according to a source.

The souce said that the Tibetan nomad was born on August 7, 1990. He hails from Tso-ngon, (Ch; Qinghai) Golok, Machen district, Gangri area in the traditional Amdo province of Tibet. He lives as a simple nomad before his arrest. His sentence and arrest were supposedly related to his exercising of freedom of expressions on his personal social-media platforms few times between 2019- 2020.

His imprisonment is said to have connected him wishing officials of CTA a happy new year on February 5, 2019 through Weibo, a Chinese social-media app with written letters and photos. On the same day, he posted a ten second video clip of His Holiness the Dalai Lama’s new year wishes on WeChat, a Chinese popular messaging app. He posted photos and topics related to ‘Free Tibet’ on Weibo on December 11, 2020 which was viewed by more than 2,383 as cited by the resource.

In Tibet today, Tibetans are being arbitrarily arrested, imprisoned and tortured for merely expressing their suffering under China’s rule and ordinary exercise of the freedom of expression and opinion guaranteed by the Chinese Constitutions and other International Conventions to which China is a state party.