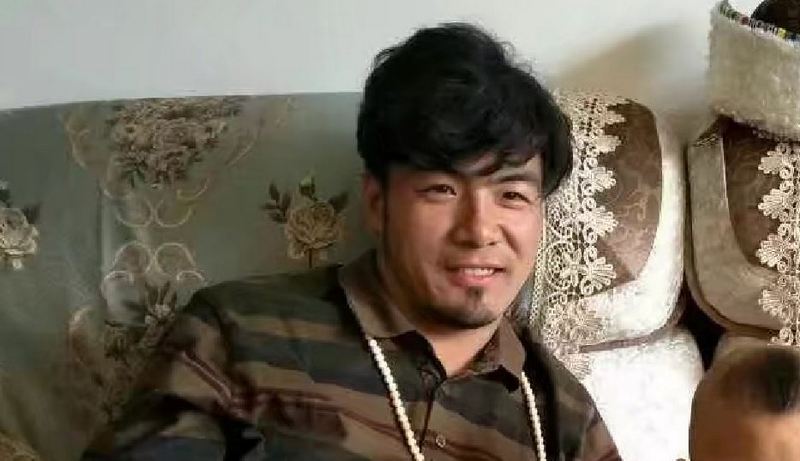 A young Tibetan man called Khadro Tseten sentenced to seven-year in prison for inciting to split the country and sharing country’s secrets to the outside world. Photo: TPI

Dharamshala, India — Two Tibetans have been sentenced for seven and three years in prison respectively by the Chinese totalitarian government after their song praising His Holiness the Dalai Lama, shared on social media.

A young Tibetan man called Khadro Tseten composed a song praising His Holiness the 14th Dalai Lama, later sung by Tsego, a Tibetan singer. The two were sentenced by an Intermediate People's Court in Rebgong County, early this month. Tseten was sentenced to a seven-year jail term and Tsego was sentenced to three years in prison. Both were charged with ‘inciting to split the country’ and ‘sharing country’s secrets to the outside world’, a source told the TPI, speaking on condition of anonymity.

“Tseten was also arrested in December 2012 for being accused of relating to Rebgong Tibetan students' protest for freedom of Tibetan language in 2010. He was in Chinese police custody until July 2014. Even after his release, he was kept under police surveillance and his identity card was confiscated. He was also not allowed to return to his school and have restricted his movements in society until 2018,” the source further said.

"Locals respect Tseten as he has always been a patriotic Tibetan but he cannot do much recently as heavy restrictions placed by the Chinese authorities," the source said, adding: "he married and has became a father recently. His family and relatives did not share the information with the outside because they fear of facing more problems for his family."

The prison sentences are consistent with a harsh crackdown against Tibetan artists and writers, which has not prevented more and more Tibetans seeking to express themselves through poetry, blogging, books, painting, and song.