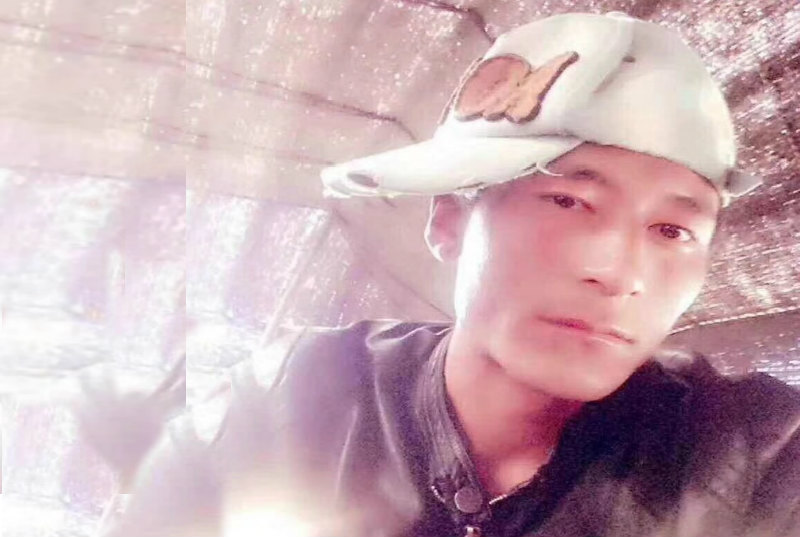 Konpe, aged around 30 years who set himself on fire in Ngaba in northeastern Tibet on December 23, 2017 has succumbed to his injuries the next day. Photo: TPI

Dharamshala — A Tibetan man set himself on fire Saturday evening and died in Ngaba County of northeastern Tibet on Sunday morning, becoming the 151st Tibetan in protest of the repressive policies of the Chinese government in Tibet.

Konpe, aged around 30 years who set himself on fire in Ngaba in northeastern Tibet (incorporated into China's Sichuan Province) on December 23, 2017 has succumbed to his injuries the next day, sources told the TPI. A video of the self-immolation protest was initially posted on social media networks. (Watch) The video contains graphic content - Viewer discretion advised.

"No other details are available at that time as the Chinese authorities imposed stringent restrictions in the area and the lines of communication are cut off," sources added.

Konpe was a former monk of Kirti monastery, set fire to himself to protest against the Chinese government's repressive policies in Tibet on December 23, 2017 around 6pm. He was immediately bundled away by the Chinese security forces and rushed to a hospital in Barkham in Ngaba County and reached there around 10pm. But he died on a Sunday Morning around 5am, sources said. The Chinese authorities surreptitiously cremated the body despite repeated requests from the family members to hand over the body to them.

In the video that has reached us, he appears moving engulfed in flames, and nearby a woman can be heard calling out in tears “Gyalwa Tenzin Gyatso (the Dalai Lama), grace us with your compassionate gaze.”

Konpe is from the Chukle Gongma pastoral community in Cha village, Ngaba county. Konpe joined the monastery as a child, but later disrobed. On December 24th and 25th, all the restaurants and shops in Ngaba county town remained closed out of sympathy and solidarity with his family members.

Following the self-immolation, the Chinese authorities reportedly imposed heavy restrictions in the area, which made it difficult to obtain further details. Konpe is the sixth Tibetan to carry out a self-immolation protest in 2017. The last self-immolation in Tibet was carried out by Tenga, in Karze County of eastern Tibet, on November 26, 2017.

Other sources said the former Buddhist monk also shouted slogans for Tibetan freedom before Chinese authorities arrived at the scene. His father is currently in Chinese police custody. But the local Chinese authorities told his family that his father Gyakyab will be released as soon as they pay thousands of yuan for Kong's medical treatment.