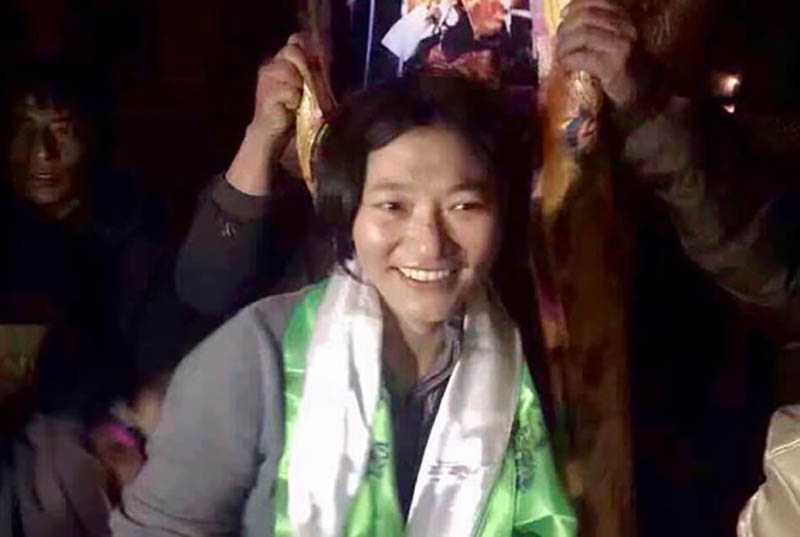 Dharamshala — A Tibetan woman jailed in Sichuan Province for allegedly attempting to rescue a self-immolation protester from police has reportedly been released in poor health after serving a three-year term, sources say.

Dolma Tso, who had been held in Mianyang prison near Sichuan’s provincial capital Chengdu, was freed on December 4th and returned to her home in Ngaba (Chinese Aba) county’s Meruma township that evening, according to a relative living in Australia.

“More than 200 local residents had gathered there to welcome her back." The source added, "Tso was beaten and tortured during the first 11 months of her confinement and is now in poor health.

“She is suffering from lack of proper sleep, weak health, giddiness, and mood swings, among other problems. Her family members are deeply worried and concerned about her condition.”

Tso, a member of Meruma Getsang family, has a 14-year-old daughter named Tsultrim Drolma. Her father’s name is Gerik, and her mother’s name is Donkho.

According to the source, in December 2015, Tso’s family received two letters from prison authorities informing them that Tso would have to undergo surgery, but when family members asked to see her so that they could see her condition for themselves, they were not allowed to meet with her.

“Tso managed to call them from the prison and tell them she was being forced to undergo a procedure she had declined, and warning them not to give their approval.”

It was not immediately clear what surgery officials were insisting on performing or whether the procedure was ever performed.

Tso was among a group of Ngaba residents who had clashed with police in December 2013 as they tried to stop security forces from taking a severely burned self-immolation protester, Konchog Tseten, away from the site of his protest, according to previous sources about the event.

On November 3rd, 2014, Tso was convicted on a charge of homicide and given a three-year-term.

A total of 145 Tibetans living in China have now set themselves ablaze in self-immolations since the wave of protests began in 2009, with most protests featuring calls for Tibetan freedom and the return of exiled spiritual leader the Dalai Lama from India, where he has lived since escaping Tibet during a failed national uprising in 1959.