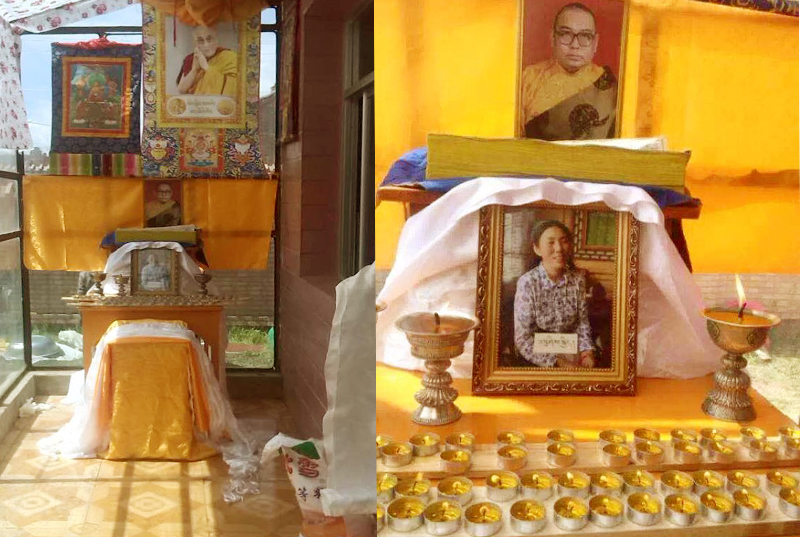 A Tibetan source said that "the Chinese police forcefully taken away the body of Tashi Kyi, who died hours after setting himself on fire in protest against Chinese rule in Tibet".

Meanwhile several police and officials arrived her house in the Friday morning to investigate on the incident. "A police team arrived at her home and forcefully took her body away," Sonam, a Tibetan living in exile told the Tibet Post Internation, citing contacts in the region.

Another sources said, her protest took place after demolition of a several house in Sangkhok township. "A clash had occurred between locals and officials on August 27, after 150 Chinese authorities arrived and began demolishing their houses for not having a valid document."

The details of the incident have yet to emerge, but, according to the same sources, "an unknown number of Tibetans have been arrested in connection with the clash."

This latest incident brought the total verified number of self-immolations in Tibet to 142 since February, 2009 and and of them 122 were reportedly passed-away while the status of the rest remains unknown or critically injured.

The Tibetan self-immolators have called for the return of His Holiness the Dalai Lama and freedom for the Tibetan people.

Most parts of Tibet have suffered severe crackdowns and been under heightened restrictions and controls in the past six decades, that China calls it a "peaceful liberation". But Tibetans describe a systematic repression of Tibetans, excluded from positions of power and imprisoned.