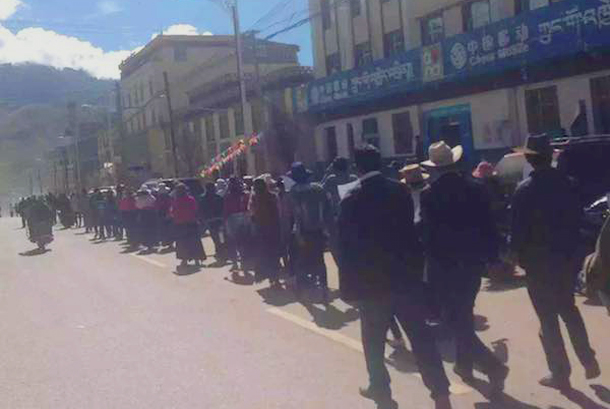 Dharamshala — Several Tibetans were arrested by Chinese authorities after a group of Tibetans from Chumey township in Nangchen County held a protest rally this morning, August 26th. The Tibetans were demanding equality in the payment of financial aids provided to the Tibetan people by the Chinese government.

The economic development office of the local administration has recently introduced a program to develop the economic condition of the Tibetan people through financial aids to rebuild their houses, give scholarships, etc.

However, the office refused to give aids to those Tibetans who have left the township for better job or education opportunities in other parts of the country. Therefore, over a hundred Tibetan families with a family member outside the locality were declared not eligible to receive the aids. As a result, these Tibetans held a protest march to request the authorities to reconsider the decision and allow equal treatment of all irrespective of their current location.

The Chinese authorities, instead of addressing the Tibetan people's grievances through dialogue, have arrested ten Tibetans participating in the protest, accusing them of leading the peaceful protest march.