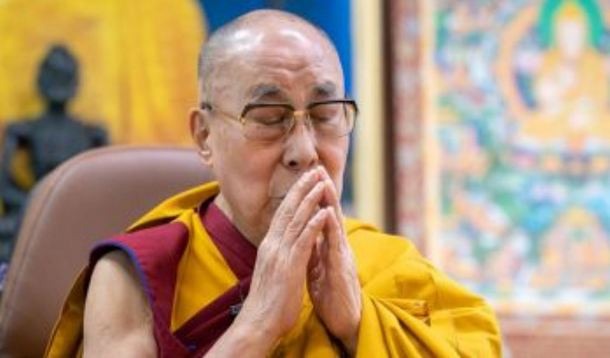 Monarchs, heads of state, and prime ministers from all over the world, past and present, have sent deepest condolences following Prince Philip's death. Many Commonwealth nations lauded his outstanding public service, in addition to tributes from Europe's royal households. They paid tribute to a life dedicated to service, purpose, and devotion to the Queen.

His Holiness The 14th Dalai Lama has joined world leaders in expressing heartfelt condolences to Queen Elizabeth II and the people of the United Kingdom. "Following the announcement of the death of Prince Philip, the Duke of Edinburgh, His Holiness the Dalai Lama has written to express his condolences to both Queen Elizabeth and Prince Charles," the official website said.

To the Queen, he wrote: “I am sorry to learn the sad news that your husband, H.R.H. Prince Philip, Duke of Edinburgh has passed away. I will pray for him and offer my condolences to Your Royal Highness and your family at this sad time.

“As we all remember him, we can rejoice that he lived a meaningful life.”

In his letter to Prince Charles, he declared: “I have written to your mother, Her Majesty the Queen, offering my condolences at this sad time. As someone who counts you as a dear, respected friend, I would also like to offer my condolences to Your Royal Highness and your family.”

According to His Holiness the Dalai Lama's official website, the Tibetan spiritual leader "repeated his appreciation that the Duke lived a full and meaningful life."

The duke, Britain's longest-serving consort, had returned to Windsor Castle on March 16 after spending a month in hospital. Prince Philip accompanied Queen Elizabeth II on several state visits around the world.

He was born in Greece on June 21, 1921, but his family was exiled from the country while he was an infant. He joined the British Royal Navy in 1939, aged 18, after being educated in France, Germany, and the UK. He was a member of the Greek and Danish royal families.

Throughout the Second World War, he was in the navy, served with distinction in the Mediterranean and Pacific fleets. King George VI granted him permission to marry Elizabeth after the war. He was given the title, the Duke of Edinburgh, and he married Elizabeth, on November 20, 1947.