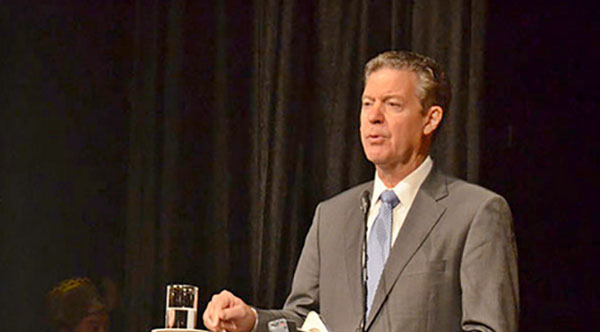 Dharamshala, India— US Ambassador Sam Brownback strongly condemns China of it's religious interference in recognising the reincarnation of the next Dalai Lama at International Religious Freedom Conference in the State Department, Washington on 17th November, 2020. Emphasizing that the United States supports that religious community has the right to choose their own spiritual heads that certainly include the next Dalai Lama.

“The Tibetan Buddhists have successfully picked their leader for hundreds of years, if not longer, and they have the right to do that now'', he declares and affirms that the US will continue to oppose China’s allegation over the concern of reincarnation. While joining the 2020 Ministerial to Advance Freedom of Religion or Belief video conference, the Ambassador addresses some religious freedom conflicts focusing on China. The Communist Party’s inhuman despotism on Tibetans, Uyghurs, Hong Kong people and Falung Gong practitioners etc. On China’s proclamation over the right to select the successor of the next Dalai Lama, the US Ambassador states that the matter of reincarnation of the next Dalai Lama is the concern of Tibetan Buddhists only and China has no religious base to pass judgements in that matter.

On China’s ruthless persecution of millions of innocent Uyghurs, he states that it is one of the worst religious persecution situations in the world today and added that China’s justification in confining millions of Uyghurs at Concentration Camps in order to prevent terrorism is an illogical attempt. He further explains that the answer to terrorism is religious freedom, allowing people to freely practice and express their faith rather than locking up everyone in confinement.

He further remarks that If the Communist China isn’t so repressive against faith, they would have a more open society where its citizens will have the freedom to embrace their religion in peace. The ambassador is critical and condemns China for using technology to persecute religious adherence in Tibet which is now being carried out in Xinjiang. He expresses that such use of virtual police states to tyrannize religious practitioners must be stopped from spreading to other countries around the world.

This Religious Freedom video conference is an international initiative which aims at major engagement and fostering greater awareness of the extent of persecution based on religion or belief worldwide. It aims to bring world leaders together to discuss in detail the religious persecutions around the globe, freedom and challenges to find viable solutions. Mainly to promote greater respect, dignity and preservation and freedom for all international citizens. Currently, it brings together 32 states representing all geographical regions of the world.