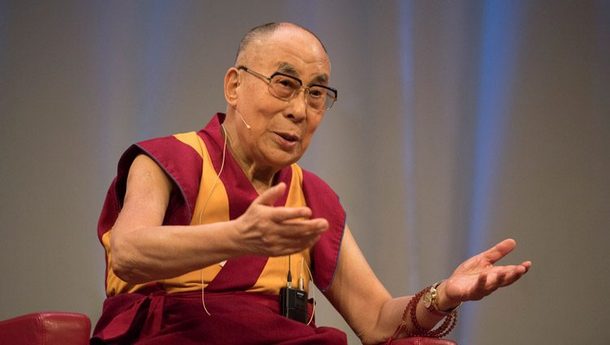 His Holiness the Dalai Lama is the spiritual leader of Tibetan Buddhists and a Nobel laureate. Photo: File

Dharamshala, India — His Holiness the Dalai Lama has written on Thursday to His Excellency Moon Jae-in, the President of the Republic of Korea, to congratulate him on his Party's success in the recent parliamentary elections.

“I am deeply appreciative of your persistent efforts to secure lasting peace on the Korean peninsula,” he wrote, “and am confident that you will continue to seek to fulfill the trust placed in you by the Korean people," according to His Holiness the Dalai Lama's official website, April 16, 2020.

“In recent months, the world has been confronted by the unprecedented challenge of the Coronavirus pandemic. May I take this opportunity to congratulate you on the leadership you have shown in taking the necessary steps to contain the spread of Covid-19 in your country," he said, adding: "You have set an important example for others to follow."

The letter said, “As you may be aware, we Tibetans count many Koreans among our friends. Traditionally, Korea has had a large Buddhist population. In recent years, a growing number of Korean Buddhists has shown interest in joining the centres of learning we have re-established in India."

His Holiness concluded by wishing the South Korean President for "every success in meeting the challenges that lie ahead in fulfilling the aspirations of the people of South Korea."

South Korea, one of the world’s youngest democracies, successfully held National Assembly elections amid a deadly pandemic. Turnout was the highest in nearly three decades. Despite a tenuous beginning, dangerous regional environment, and numerous challenges along the way, political freedom is now deeply rooted in the country.

The result also transformed the political environment. President Moon Jae-in’s party won a large majority. Few observers would have bet on such a result last year. With the economy still weak, government abuses and corruption charged, and North-South relations in a deep freeze, Moon was expected to become a lame duck. Facing a hostile legislature, he would have had little control over the national political agenda.

Moon’s ruling Democratic Party won a majority, picking up forty-three seats to collect 163 out of 300. That is the most ever won by a single party. A left-wing partner gained nine to add another seventeen to the coalition. Combined the left will have 60 percent of the seats. In contrast, the conservative United Future Party and its smaller ally will only have 103 seats, barely a third. The rest will be held by independent members and parties.