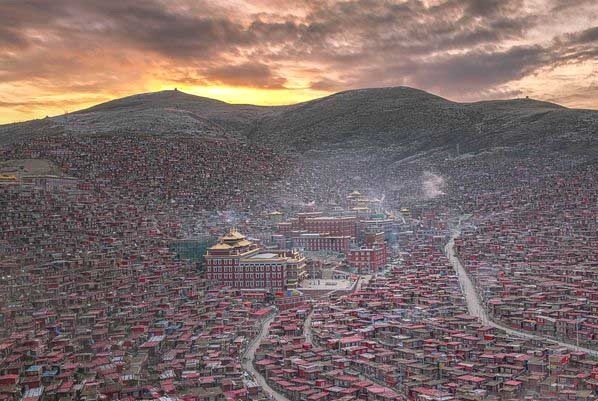 The Dechen Shedrub religious festival was originally promised to be permitted this year at Larung Gar, the religious institute in Serta county of southwestern China’s Sichuan province that has gone through serious downsizing at the hands of Chinese authorities over the course of the past year. The festival had been cancelled last year as well, at the height of the demolitions.

However, according to reports, Tibetan religious leaders were summoned to the provincial capital of Chengdu and told that the religious festival would not be held this year. A Tibetan source said: “The authorities didn’t stand by their words and made an official statement ordering that the religious festival could not be held. Instead, they told us that monks and nuns should practice it quietly in their rooms.”

According to various Tibetan sources, the authorities stated it was not appropriate to hold such a large gathering given the situation at the institute, following the demolitions and new construction being undertaken. A further reason is that the authorities, which have imposed more stringent controls at Larung Gar, aim to ensure that monks and nuns who have been expelled do not return for a major religious teaching.

Traditionally the Dechen Shedrub religious festival lasts for around eight days and brings together large numbers of devotees. A Tibetan who spoke to the Tibetan language service of Radio Free Asia said, “The festival organizers had fully prepared for the event,” he said. “They sent people to Chengdu city to buy everything they would need, and the local people had excitedly begun to set up tents at the venue.”

“Local Tibetans believe the banning of the event is connected to a Chinese policy spurring a broader crackdown on the promotion of Tibetan religion and culture,” he said.

Previous reports stated that as of this year, Chinese authorities had destroyed more than 4,500 homes and monastic buildings at Larung Gar. More than 4,825 monks and nuns have been expelled since 2016, sources indicate, with many forced back to their hometowns and deprived of opportunities to pursue religious studies.