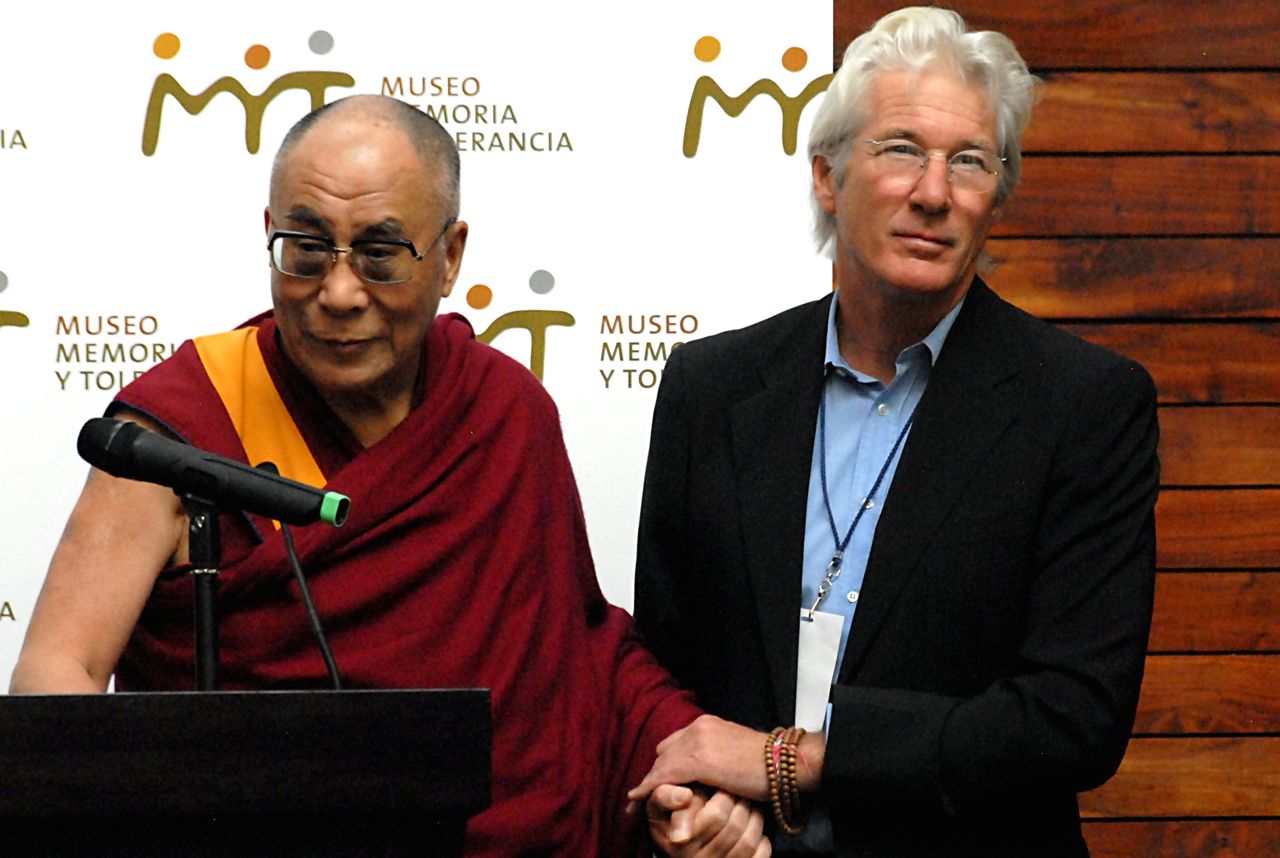 Dharamshala — In 1993, when Richard Gere made his infamous Oscars speech calling for Tibetan independence, he could not have known how speaking up in defense of Tibet would later cost his career, but he is now revealing the Chinese-made roadblocks that have prevented him from starring in Hollywood films.

In 1993 Richard Gere improvised his scripted introduction at the Oscars and instead slammed China and promoted Tibetan independence, saying, “With the knowledge of what a horrendous, horrendous human rights situation there is in China, [and Tibet] I wonder if we could all send love and truth and sanity to Deng Xiaoping right now in Beijing, if maybe he will take his troops, take them away from Tibet and allow these people to live as free, independent people again.”

The actor starred in a number of hugely successful Hollywood hits in the 1980s and 90s, such as Pretty Woman, An Officer and a Gentleman, Runaway Bride, and Internal Affairs, but has taken something of a hiatus from the them since then, instead appearing in smaller, independent roles.

Gere has now said his lack of roles has to do with his criticism of China’s occupation of Tibet. In his opinion, Hollywood is fearful of offending China which is now the second-biggest box-office market in the world.

"There are definitely movies that I can't be in because the Chinese will say, 'Not with him,' " he told Hollywood Reporter. "I recently had an episode where someone said they could not finance a film with me because it would upset the Chinese."

Just a few years after the Oscars incident, Gere starred in Jon Avnet's 1997 thriller Red Corner as an American businessman in China wrongfully accused of murder. "Everyone was happy with the film," Gere recalls. "I get calls from the heads of the studio. Went on Oprah. Then, out of nowhere, I get calls saying, 'We don't want you doing press.' MGM wanted to make an overall deal with the Chinese. China told them, 'If you release this film, we're not buying it.' And so, they dumped it."

Continuing talk of how his career has been affected, Gere recalls, "There was something I was going to do with a Chinese director, and two weeks before we were going to shoot, he called saying, 'Sorry, I can't do it." Gere reveals that later, "We had a secret phone call on a protected line. If I had worked with this director, he, his family would never have been allowed to leave the country ever again, and he would never work."

Former costar Susan Sarandon, claims there is a double standard at play. "It doesn't matter if you're outspoken about Trump, because Hollywood hates Trump," she says. "But it was brave of Richard to say what he said. He was drawing attention to the things that everyone has agreed not to pay attention to. That's the sin."

Gere, 67, a Buddhist and long-time friend of Tibet’s exiled spiritual leader His Holiness the Dalai Lama, has continued activism for human rights in Tibet and is a co-founder of the Tibet House and a chair of the International Campaign for Tibet. His support for the Tibetan Independence Movement means he is banned from entering China.

Despite the turn in his career, Gere remains positive and philosophical, "The studios are interested in the possibility of making huge profits. But I'm still making the same films that I was making when I started. Small, interesting, character driven and narrative driven stories. It hasn't impacted my life at all."