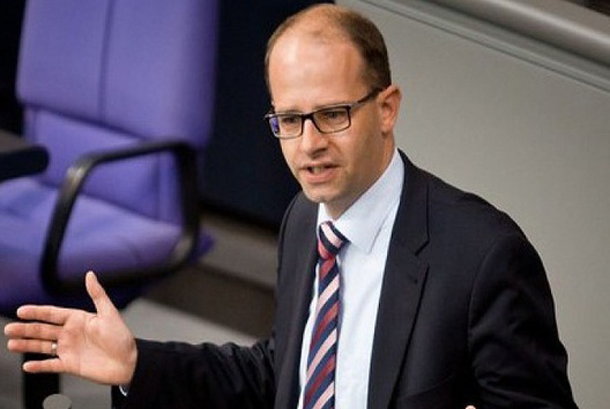 Berlin — In an unprecedented development, the Chair of the Human Rights Committee of the Federal German Parliament, Michael Brand, has been banned by the Chinese government from traveling to China as head of a committee delegation to visit China and Tibet this May.

The reason for this entry ban is his ongoing criticism of the human rights situation in China and Tibet. Brand was planning on visiting China and Tibet at the end of May, together with a delegation from the Committee on Human Rights.

In a newspaper article Wednesday, May 11, Brand criticizes the Chinese government for "repeated attempts to blackmail" and intimidation for Tibet related reports on his website and his attendance at Tibet related events in Germany. A diplomat of the Chinese embassy in Berlin made "absurd accusations" and urged him to delete articles on his website critical of Chinese policies in Tibet. "This was an attempt to censor me and blackmailing", Brand said.

"For example, in May of 2015, Brand had given a speech at Tibet Initiative Deutschland's annual membership meeting in Frankfurt. The Chinese ambassador had previously asked him to cancel this participation in the event," Brand added.

"We are deeply concerned about the level of censorship, pressure and intervention the Chinese government has recently exhibited in Germany. Whenever a politician or member of the government even slightly criticizes the human rights situation in China and Tibet, the highly sensitive Chinese government suspends any form of dialogue," Executive Director, Tibet Initiative Deutschland e.V., Nadine Baumann, said in a statement.

"The fact that Mr. Brand was requested not to attend our annual membership meeting is a sign that the Chinese ambassador wants to prevent any kind of work on human rights issues. This is absolutely not acceptable in a democratic country like Germany. These massive encroachments upon basic rights are intolerable," Baumann said.

"The growing attempts of the Chinese government to influence our legal system, our values and our freedom are becoming more and more tangible. Therefore, we expect the German government to intervene," Baumann added.

The International Campaign for Tibet Germany, in a statement Thursday, May 12, also welcomed the comments by the Chairman of the Human Rights Committee. ICT Germany Executive Director Kai Müller: "The reported attempts to blackmail and intimidation are unacceptable and symptomatic of Beijing's systematic attempts to silence criticism about its policies in Tibet."

"Banning the Committee Chairman Brand indicates a lack of sincerity of the Chinese government to engage in any genuine human rights dialogue. Committee Chairman Brand shares the same fate as a number of United Nations Human Rights experts who have been seeking to visit the PRC for some time already, to no avail. The Chinese government must instead open up, allow criticism and make a serious commitment to bring about change", Müller said.