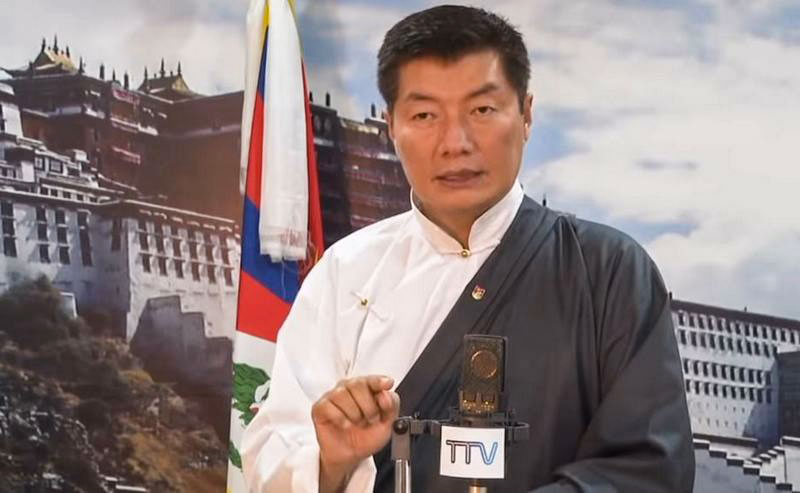 President holding a press briefing from the Central Tibetan Administration in Dharamshala, India, on Many 1, 2020, urging Tibetans to follow an additional coronavirus lockdown. Photo: CTA/TTV

Dharamshala, India — The President of the Tibetan government in-Exile calls for an additional 30-day-lockdown of the Tibetan settlements and schools till June 5, 2020. It said that the curve is rising each day in India and the risk of transmission will be much greater.

Speaking during a press briefing Thursday, Dr Lobsang Sangay, the President of the Central Tibetan Administration previously known as the Government of Tibet reiterated his call for Tibetan schools, monasteries, old age homes, and settlements across India to continue to observe 30 days lockdown.

President strongly urged students to stay in school campuses in the month of May rather than travelling through coronavirus hotspots like major cities like Delhi. He similarly advised Tibetans in settlements not to venture out to the major cities, especially the hotspots.

Except for the most important works, those currently outside Dharamshala are strictly urged not to come in and those currently inside are urged not to go outside during the month of May keeping in view the safety of His Holiness the Dalai Lama and the Central Tibetan Administration is extremely important.

Acknowledged the death of a 90-year-old Tibetan based in Montreal city in the Canadian province of Quebec, the Tibetan President also expressed his condolences and solidarity with the family of the deceased.

The Cabinet of the Central Tibetan Administration also gave encouraging updates on the number of Tibetans recovering from the Wuhan originated COVID-19. Minister of Department of Home of CTA Sonam Topgyal Khorlatsang, stated that the Home Department had created a WhatsApp group with the Settlement Officers of all 43 settlements to get daily updates from them and apprise the Kashag (Cabinet.

Tibetan President also touched upon the CTA facilities in this crisis, such as helplines for COVID-19 with the directory of contacts of Settlement Officers, Hospital Directors, doctors, and nurses published online on CTA news media as well as the mental health helpline services. He also informed that Tibetans abroad can procure Tibetan herbal medicines for immunity when postal services reopen.

Sikyong strongly ecouraged and praised the recent commendable relief initiatives led by various monasteries and organisations towards helping the needy and those affected during the difficult and challenging times.

However, he asked volunteers doing relief work to maintain social distancing during the distribution of ration supplies. And He earnestly warned them that their relief work which could lead to crowds and increase the risk of contracting the disease.