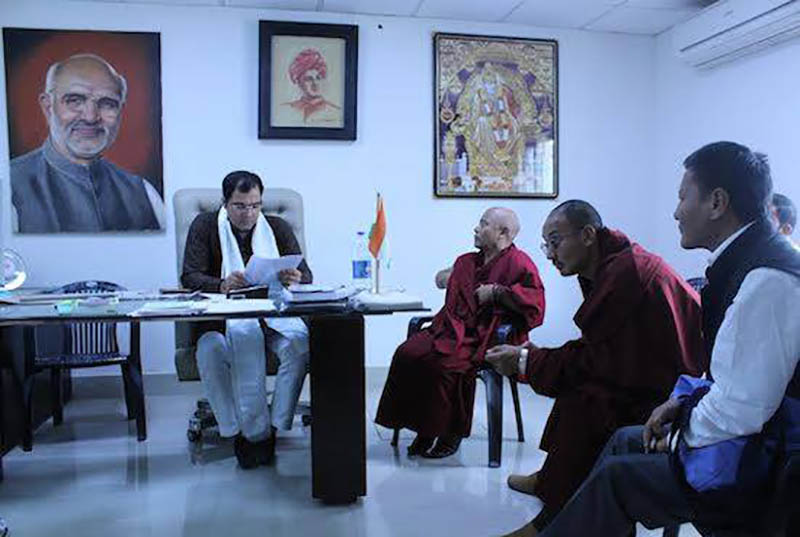 New Delhi — As part of the lobby campaign initiated by the Tibetan Parliament-in-Exile, a delegation of visiting parliamentarians held an unprecedented number of meetings with over 40 Indian representatives from 11 political parties across 18 states, and three union ministers from November 25th through the 28th, all calling for continued support on the Tibet issue.

During the meetings, the delegation explained the grave political and human rights situation prevailing inside Tibet including the wave of self-immolation protests since 2009. They also distributed booklets on the self-immolations and the critical political situation in Tibet.

The parliamentarians of both Lok Sabha and Rajya Sabha have expressed their respect for His Holiness the Dalai Lama and their strong support for Tibet and the Tibetan people.