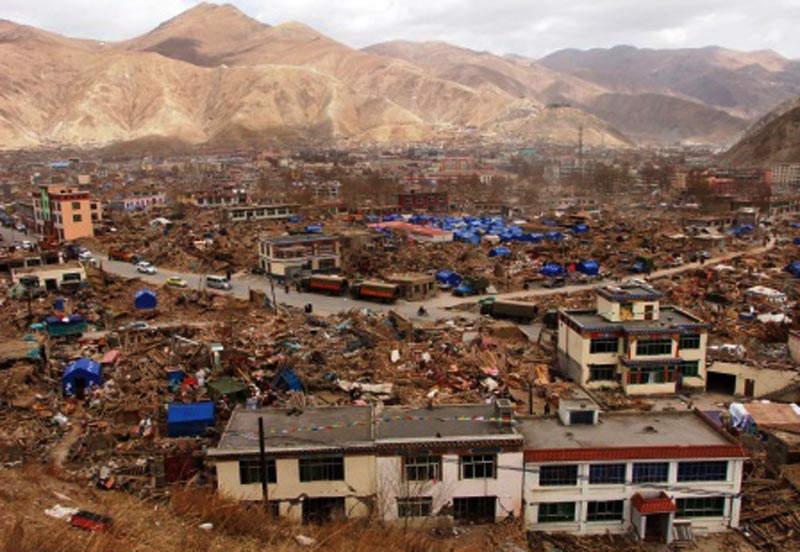 Chinese security insisted on guarding the shopping centre in fear of looting by the destitute population, then stole the valuables they were protecting, say locals and shop-owners.

Thousands were killed and many more seriously injured when the 6.9 magnitude earthquake and its 18 aftershocks shook the Tibetan region. An estimated 95% of all housing was completely destroyed, contributing to the death toll and leaving over 120,000 homeless and without adequate shelter in the freezing climate.

The four-story shopping centre containing the valuables, however, sustained only superficial damage.

Shop owners in the complex were blocked from moving out commercial goods and jewelery by Chinese authorities, who then insisted on taking control of security of the shops. After 10 days, authorities secretly transported valuables such as gold and silver jewelery and locked safes to an unknown destination.

Chinese authorities subsequently claimed that the missing items were stolen by a group of thieves; shop owners refute this as a shoddy cover up and place the blame on the authorities.