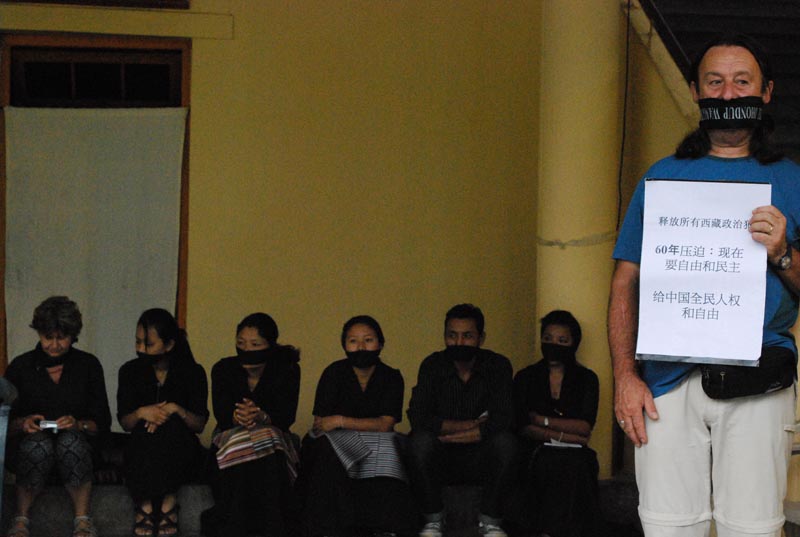 Dharamshala: The Chinese government has been known to crack down on many things, like the internet, radio and television channels and even the print media, but now the paranoid mandarins in Beijing have decided that photocopying is another thing to crack down on.

In news, just filtering through, the residents of Tibetan capital Lhasa will now have to register their names if they want to take photocopies of any documents, this in an apparent bid to crackdown on separatists photocopying and distributing "objectionable material" i.e. pamphlets.

According to a local official at Lhasa Public Security Bureau, the government hoped to implement the planned measures soon, but declined from giving an exact launch date. He also said that the "Lhasa's public security forces have been investigating these (photocopying) businesses and keeping track of them", although he refused to elaborate on what sort of printed material police were concerned about. The police are allegedly worried about separatist using photocopying machines to print out illegal content on pamphlets.

The china daily reports that the new rules would require customers to submit both their names and addresses, and only permanent Lhasa residents would be allowed to make photocopies.

There have been sporadic instances of protests, with the latest being in China's far western province of Gansu where on Saturday, 15 Tibetans were wounded in a clash with local police after they blocked a road leading to a cement factory they blame for spewing pollution, an overseas Tibetan rights group said.