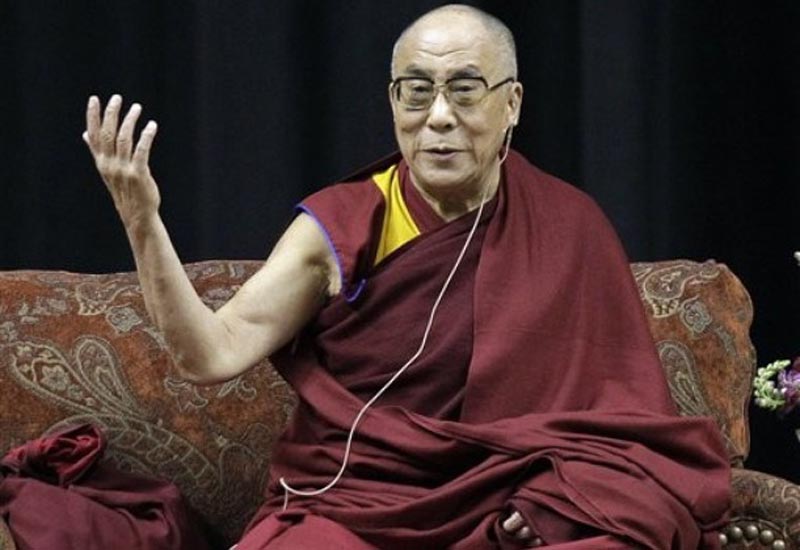 Dharmshala: Tibet's spiritual and political leader, His Holiness the 14th Dalai Lama will be continuing his US tour with a talk at the Overture Centre's Capitol Theatre in Madison this Sunday 16th May.

The talk, entitled ‘Investigating Healthy Minds', marks the future opening of the Centre for Investigating Healthy Minds at the Waisman Centre, University of Wisconsin. His Holiness will engage in an open dialogue with the founder and director of the centre, University of Wisconsin neuroscientist Richard Davidson. Topics discussed will include the interaction of western scientific theories on the human mind with Buddhist practices such as meditation.

Together with his team of researchers, Davidson, who features on Times magazine's list of 100 most influential people of 2006, is investigating the positive effects of contemplation on the mind and how it can spur emotions such as kindness, empathy and compassion. The research supports the idea that even adult brains can be altered through experience and acquiring new information. A unique approach of studying happy and healthy cases as opposed to those less stable both mentally and physically aims to explore the science behind the mind's positive qualities and reveal what makes a healthy human mind.

Speaking on Buddhism and science at a press event earlier this month, His Holiness describes the three categories of Buddhism: Buddhist science, Buddhist philosophy and Buddhist religion. He admits that the latter has little to no relevance in western culture where the Judeo-Christian tradition is prevalent. He does however insist that Buddhist science and philosophy should be studied by Buddhists as well as non-Buddhists, including scientists the world over as it holds a universal relevance in today's society.

This will be His Holiness the Dalai Lama's eighth appearance Madison, His Holiness previously came to Davidson's brain imaging lab at the Waisman Centre, at the University of Wisconsin in 2001. The new Centre for Investigating Healthy Minds, costing US$800 000, was due to be completed for His Holiness the Dalai Lama's current visit but has been delayed due to over spending and is now expected to open in September. Plans for the new centre include a meditation room attached to the brain imaging laboratory, which, according to Davidson, will be the first of its kind.

Davidson is due to appear with His Holiness the Dalai Lama, whom he first met in India almost 18 years ago, at four other public events this year, in an effort to demonstrate that science and religion are not entirely unrelated and to further their study of the links between the two.

Over 1000 guests are expected to attend the sell-out event, which will be introduced by Governor Jim Doyle. Discussions will be mediated by best-selling author, Daniel Goleman and a performance from the Madison Youth Choirs will follow. The event will be broadcast live on the internet.