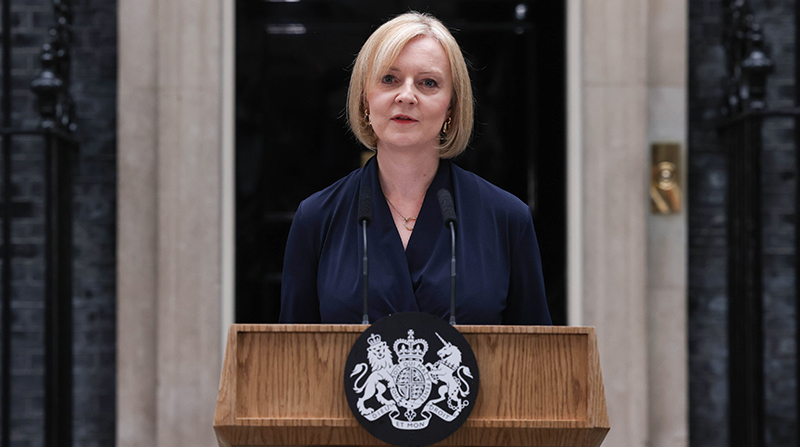 Dharamshala, India — Sikyong of Central Tibetan Administration and Speaker of the Tibetan Parliament-in-Exile extended their congratulation to Liz Truss on her election as Prime Minister of the United Kingdom, and said, “We will always be grateful to the government, parliamentarians, organizations and individuals who continue to support the Tibetan people and their struggle for freedom with great empathy and generosity”.

Khenpo Sonam Tenphel, Speaker of the Tibetan Parliament-in-Exile, extended his heartiest congratulations to the newly elected Prime Minister Liz Truss on getting elected as the new Prime Minister of the United Kingdom (UK) on September 6, 2022.

“On behalf of the Tibetans inside and outside Tibet, I would like to congratulate you on being elected as the Prime Minister of the United Kingdom. Your victory signifies the amount of faith that the people of the United Kingdom have entrusted in you and your leadership,” the Speaker wrote.

“Tibetans share the joy of your victory and we hope you will continue to support the Tibetan cause. I pray and wish you the best for your noble future endeavors towards fulfilling the aspirations of the people of the UK,” he concluded.

Sikyong Penpa Tsering of the Central Tibetan Administration wrote to the newly elected Prime Minister Liz Truss of the UK on September 7, 2022.

“On behalf of the Central Administration and the Tibetan people, it is with great honour that I extend our warmest congratulations on your appointment as the Prime Minister of the United Kingdom,” Sikyong wrote.

“Since the early 1960s, the United Kingdom has been a host to a growing community of Tibetan people. We will always be grateful to the government, parliamentarians, organizations and individuals who continue to support the Tibetan people and their struggle for freedom with great empathy and generosity,” he said.

Sikyong expressed his admiration for the commitment of the UK government to promoting Human Rights globally, including the implementation of the UK Global Human Right Sanctions Regime in 2020, adding his optimism that the UK government under the leadership of the new PM will continue to advance the cause of human rights through UK’s policies and bilateral relations.

“Once again, our heartfelt congratulations and best wishes for a successful tenure,” the letter concluded.

"I am honoured to be elected Leader of the Conservative Party. Thank you for putting your trust in me to lead and deliver for our great country. I will take bold action to get all of us through these tough times, grow our economy, and unleash the United Kingdom’s potential," tweeted Prime Minister Liz after winning the election.

Mary Elizabeth Truss or Liz Truss, is a British politician, newly elected leader of the Conservative Party, who was sworn in as Prime Minister of the United Kingdom on September 6, 2022. She has been Minister for Women and Equalities since 2019 and Secretary of State for Foreign, Commonwealth, and Development Affairs since 2021. She has served in various Cabinet positions under Prime Ministers David Cameron, Theresa May, and Boris Johnson.