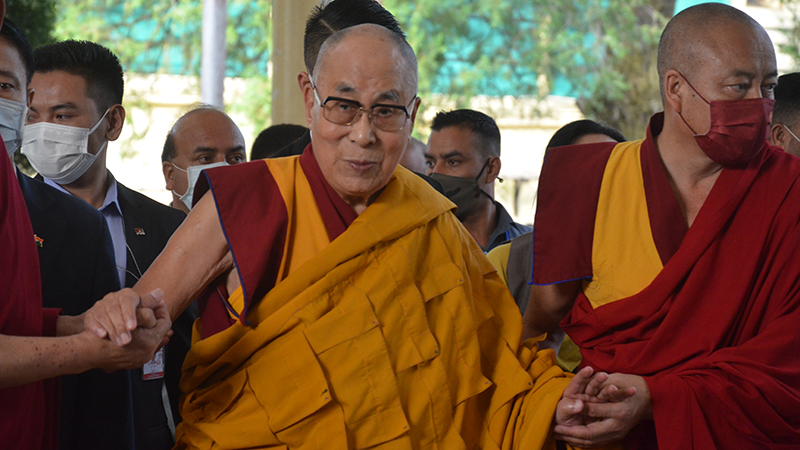 Leh, UT, India— His Holiness the Dalai Lama, the spiritual leader of Tibet, on Monday expressed deep condolences to Himachal Pradesh Chief Minister Jai Ram Thakur and his people for the deaths and damage to property and infrastructure in several parts of HP caused by heavy monsoon rains in the state.

His Holiness the Dalai Lama wrote to the Chief Minister of Himachal Pradesh (HP) on August 22, 2022 expressing his concern and sadness over the deaths and destruction caused by the constant heavy rains in the state.

“I offer my condolences to you, to the families who have lost loved ones, and to all those affected by this devastation, I pray for them,” His Holiness the Dalai Lama said in the condolatory letter.

“I appreciate that the State Government and other agencies are doing their utmost to provide relief to people affected by these calamitous conditions,” he added.

“As I hope you know, I naturally feel a particular affinity for the people of Himachal Pradesh, which has been my home for more than sixty years,” the spiritual leader of Tibet said.

“As a token of our solidarity with the people of Himachal Pradesh, our friends and neighbours, the Dalai Lama Trust is making a donation to relief and rescue efforts,” His Holiness the Dalai Lama mentioned.

His Holiness ended his letter by offering his prayers and good wishes.