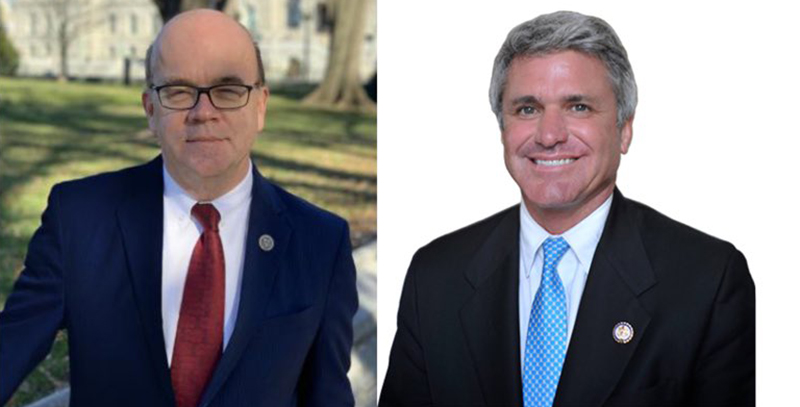 Washington — US Representatives Jim McGovern and Michael McCaul introduced a new bill to strengthen the United States’ policy to promote dialogue between the People’s Republic of China (PRC) and the Dalai Lama and his representatives toward a peaceful resolution of the conflict between Tibet and the PRC.

US Representatives Jim McGovern (D-MA), Chairman of the House Rules Committee and Cochair of the Congressional-Executive Commission on China, and Michael McCaul (R-TX), Lead Republican on the House Foreign Affairs Committee, introduced a new bill entitled “The Promoting a Resolution to the Tibet-China Conflict Act,” on July 13, 2022. The legislation seeks to jump start negotiations between PRC officials and the Dalai Lama or his representatives.

“The Promoting a Resolution to the Tibet-China Conflict Act seeks to strengthen the long-standing, bipartisan U.S. policy of promoting dialogue by ensuring that U.S. policy is based on principles of international law, and accurately reflects the nature of the conflict between Tibet and the PRC. The legislation seeks to jump start negotiations between PRC officials and the Dalai Lama or his representatives. No formal dialogue has happened since 2010, and Chinese officials continue to make unreasonable demands of the Dalai Lama as a condition for further dialogue,” a statement stated.

“Congress has had a long and abiding interest in a peaceful resolution to the conflict between Tibet and China. The United States government has consistently called on Chinese officials to return to dialogue, without preconditions. But that has not worked. The Chinese continue to turn their backs on the Dalai Lama. Our bipartisan legislation seeks to strengthen U.S. policy by grounding it in international law and countering Chinese disinformation, with the aim of getting the two sides to negotiate a durable solution,” said Representative McGovern.

“The Chinese Communist Party’s invasion of Tibet in 1950, and its repression of Tibetans ever since, set the stage for the CCP’s ongoing territorial aggression and human rights atrocities. Their attempts to steal peoples’ freedoms and rewrite history continue to threaten American values and our national security interests today. This bipartisan bill will help ensure Tibetans have a say in their own future, and reject the CCP lies that their tyranny over Tibet is historically legitimate,” said Representative McCaul.

The bill has two main components:

Central Tibetan Administration (CTA) welcomes the introduction of the new bill to strengthen the United States’ policy to promote dialogue between the People’s Republic of China (PRC) and the Dalai Lama and his representatives toward a peaceful resolution of the conflict between Tibet and the PRC.

“Tibetans simply want the same right to self-determination that all people deserve. We have suffered enormous abuse from the Chinese government over many decades, yet we have always sought to settle our differences through peaceful dialogue. This bill would allow the United States to back its consistent calls for dialogue with more force and urgency while helping give Tibetans a voice in their own country. We thank Reps. McGovern and McCaul for introducing the Promoting a Resolution to the Tibet-China Conflict Act, which builds on the incredible bipartisan support the United States has always shown for our just cause,” said Sikyong (President) Penpa Tsering of CTA.

Namgyal Choedup, the representative of the Office of Tibet, said, "We Tibetans have always felt immense gratitude to the United States for its leadership in pushing a peaceful resolution to our nonviolent struggle against China’s oppression."

“With the Promoting a Resolution to the Tibet-China Conflict Act, the US will raise its commitment to resolving the Tibetan issue to an even greater level. This will not only help the cause of Tibetans, but the cause of democracy, the cause of dialogue and the cause of peace around the globe. Therefore, we must do everything we can to help advance this bill through both houses of Congress and onto the President’s desk,” the representative said.