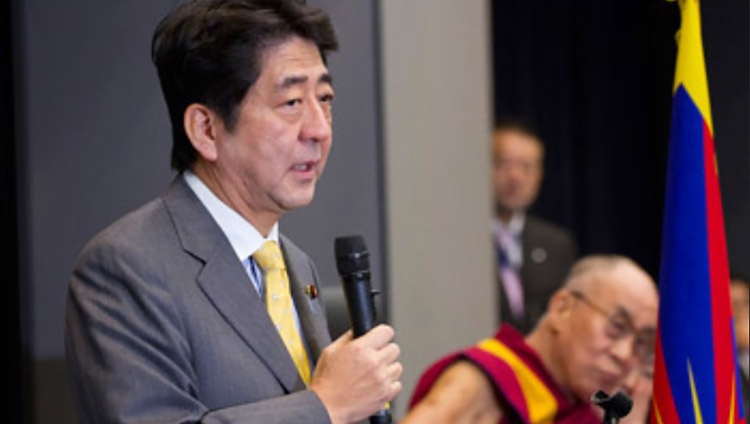 Former Japanese Prime Minister Shinzo Abe welcomes His Holiness the Dalai Lama to the Japanese Parliament building to address a gathering of parliamentarians in Tokyo, Japan, on November 13, 2012. Photo/Office of Tibet Japan

Following the sudden passing away of former Prime Minister Shinzo Abe, His Holiness the Dalai Lama has written to his wife, Mrs Abe Akie, to offer his condolences.

“I am deeply saddened to hear that my friend, Mr. Abe Shinzo has passed away following a gunshot attack this morning. I pray for him and offer my condolences to you and members of your family," His Holiness the Dalai Lama said.

“As you know, your late husband was a steadfast friend of the Tibetan people. I very much appreciated his friendship and support of our efforts to preserve our rich Buddhist cultural heritage and identity,” His Holiness stated.

“Mr Abe truly lived a meaningful life in the service of others,” His Holiness concluded.