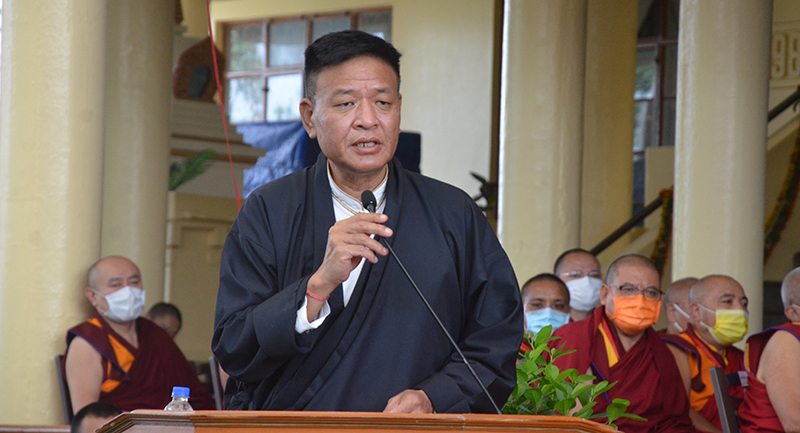 Dharamshala — Sikyong of the Central Tibetan Administration (CTA) conveyed a congratulatory letter to Anthony Albanese on his election as the 31st Prime Minister of Australia and thanked the Australian government and people for their humanitarian and rehabilitative support to the Tibetan community in Australia.

On May 23, 2022, Penpa Tsering, Sikyong of CTA, wrote a congratulatory letter to the new Prime Minister of Australia, Anthony Albanese, wishing him success in his new government.

“On behalf of the Central Tibetan Administration and the Tibetan people, it is a great honour for me to extend our heartiest congratulations on your election as the Prime Minister of Australia. The people of Australia have expressed through their votes the trust and hope they place in your leadership,” Sikyong wrote.

“Taking this opportunity, I also express our deep gratitude to the Australian government and the people for providing humanitarian and rehabilitation support to the Tibetan community in Australia, most of whom are former political prisoners and their families. We are also very fortunate to have the Australian All-Party Parliamentary Group for Tibet (AAPPT) actively raising the issue of Tibet,” he said.

“Under the Chinese government’s oppressive rule, the Tibetans in Tibet continue to live in an increasingly repressive environment leading to slow cultural genocide. However, today, many democratic and law-abiding nations, including Australia, have woken up to the significant challenges of China’s authoritarian government,” Sikyong explained.

“I am confident that under your able leadership, Australia will rise to these challenges. I also hope that human rights and dignity will be a guiding force in your foreign policy decisions,” he said.

“Once again, I extend our congratulations and best wishes,” Sikyong concluded.