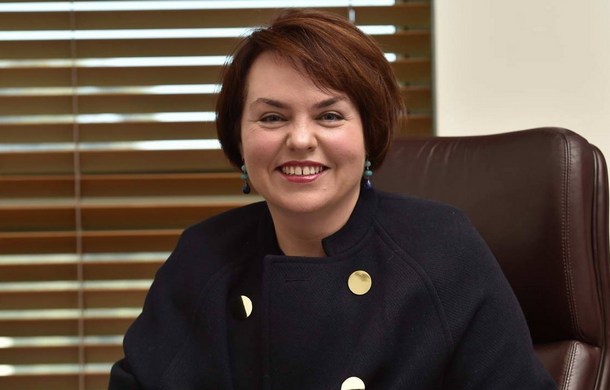 When the heartrending news breaks, Tibetans are not alone, communities around the world facing human rights abuses are mourning the demise of Australian Senator Kitching who worked tirelessly and fearlessly for the rights of oppressed people in Tibet, East Turkistan, Hong Kong and China.

Senator Kitching died suddenly at the age of 52 in the Melbourne suburb of Strathmore from a suspected heart attack on Thursday afternoon. She was born in Brisbane and moved to Melbourne in 1995. She worked as a lawyer and union official before entering politics.

In 2013, she failed to secure a shortlist for the Victorian electorates of Lalor and Gellibrand. However, in 2016 Kitching won the shortlist to fill the Victorian Senate seat vacated by the resignation of Stephen Conroy.

"I was honoured to meet His Holiness the Dalai Lama during a Parliamentary Delegation to India," she wrote after the meeting, posting a photo with the spiritual leader of Tibet on her official website.

Kitching was the Australian co-chair of the All-Party Group of the Inter-Parliamentary Alliance on China, which is made up of MPs from around the world united in their call for governments to take a more sustainable line on China. She has devoted her work to the defence of democracy and human rights internationally.

Senator Kitching was among the Australian parliamentary delegation led by Senator Derryn Hinch, who visited the Tibetan community in India in 2017 and met with His Holiness the Dalai Lama and the leadership of the Central Tibetan Administration. Sharing her experiences of visiting the exile community during a press conference, she said, “It has been an incredible few days to come here and meet various people and visit the different institutes.”

“We visited the Tibetan Children’s village school and it was one of the happiest places I have ever visited. I was also impressed by the emphasis placed on education of Tibetan children. It reminded me of Israel and the emphasis on education that is given in that society.”

During her meeting with the Tibetan Parliament delegation in Canberra in November 2019, Kitching, on behalf of the Labor Party, once again strongly expressed her concern and support for the people of Tibet and Tibetans around the world. She also pledged her full support for the Tibet cause and made a commitment to raise awareness of the Tibet issue among other Australian parliamentarians.

"As someone who has advocated for peace all of his life – even when forced to flee his homeland – we can look to the Dalai Lama as an embodiment of enlightened humanity. He was also the recipient of the Nobel Peace Prize in 1989,"  wrote Senator Kitching after a virtue meeting with His Holiness marking the International Day of Peace in September 2020.

"I am deeply shocked by the sudden and unexpected demise of Senator Kimberley Kitching. I wish her family peace of mind and may the Senator be blessed. My prayers for her and her family," said Tenzin Phuntsok Doring MP, representing Tibetans in Australasia.

"Very sad to hear of the sudden passing of Victoria's Federal Labor Senator Kimberley Kitching. She was a good friend and ally of Tibet. May her soul rest in peace," the Canberra Tibetan community posted on its Facebook page.

"With a dignified and respected reputation as a politician, Senator Kitching has never hesitated to stand up and speak out about Australian values such as human rights, democracy and press freedom with anyone and on any stage, in any country or with any individual," said Yeshe Choesang, who is doing his final year of a Bachelor of International Studies - International Relations and Asian Studies at Western Sydney University.

"We too will always remember the bravery she displayed throughout her life and honour her legacy of defending and protecting the universal values of freedom and human rights," Choesang added.

"We are deeply saddened to learn the sudden demise of Victorian Labour Senator Kimberley Kitching, one of the most courageous politicians and brave justice warriors to speak up and stand firm against human rights violations in the world specially Tibet", Tibetan Community AU Victoria said in a message of condolence.

"Senator Kitching was key figure in the push for the Magnitsky Act, The laws allow for travel bans and the seizure of assets belonging to foreign nationals who have violated human rights,” the message added.

"We Tibetans are always thankful to your believe in justice and truth and for always being ready to take risks to help the dispossessed. Our sincere condolences to her family," the message concluded.