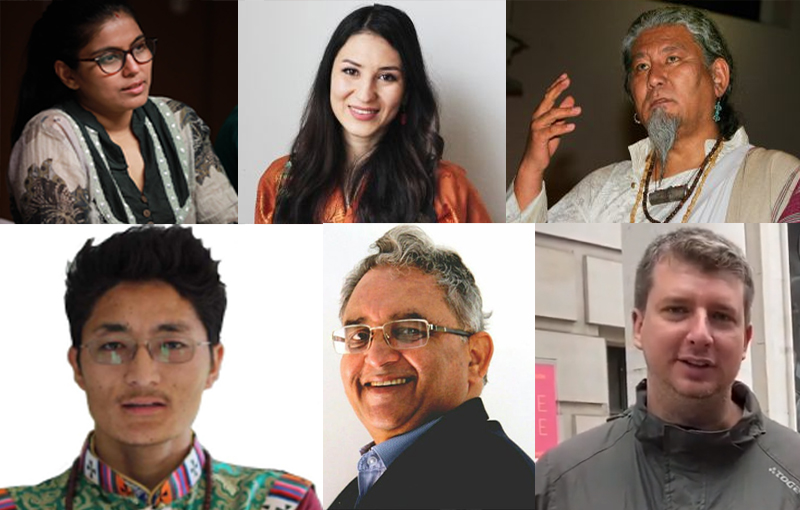 New Delhi — China's exploitation of the Beijing Winter Olympics for political propaganda and IOC President Tomas Bach's misuse of the Olympic platform have brought shame on the Olympic movement, hence calls for rebooting the rules and regulations of the Olympics and the IOC,” say, international experts.

The leaders of the Communist Party of China (CCP) and the bosses of the International Olympic Committee (IOC) might have many reasons to feel happy and relieved over ‘successful’ conclusion of the Beijing Winter Olympics-2022.

But the way the Chinese regime demonstrated its dictatorial control over conducting the entire event and the way IOC leadership, especially its President Tomas Bach, kowtowed before the CCP and aloud the spirit of the Olympic movement to be high jacked by President Xi Jinping, has left the credibility of both severely dented and damaged. This was the common conclusion of experts in an international webinar, held on the eve of the closing of the Winter Olympics.

John Jones, the campaign policy and research manager with the British non-profit organization ‘Free Tibet’, has been engaged in detailed research on the human rights situation in China for many years. Expressing shock over what he termed as ‘irresponsible’ role of IOC and he said, “When 2008 Olympics were assigned to China the Chinese Olympic Committee promised to promote human rights and abide by international laws in China. But despite the well-known and blatant denial of human rights to the people of Tibet, Xijiang, South Mongolia, and Hong Kong, IOC played ignorant at the time of assigning the Winter Olympics to Beijing in 2022. Rather the IOC has used its authority and credibility to whitewash all Chinese crimes in these occupied countries.”

“While over a million Uyghurs in Xinjiang were going through Chinese atrocities in hundreds of Chinese concentration camps across East Turkistan, more than 150 Tibetans were forced to take the extreme step of self-immolation since Beijing Olympics of 2008. The resources and international acknowledgment won through the 2008 Beijing Olympics also encouraged President Xi to road roll and destroy the freedom of Hong Kong people” he added.

“It is unfortunate that everything was artificial in the Beijing Winter Olympics. Right from using the pretext of Covid-19 to restrict the movement of visiting sports persons, guest officials, and international media to the artificially created snow to hold events at places in China which were not suitable for organizing winter games of Olympics levels --- everything was artificial,” said Jones.

Tenzyn Zoechbauer, the Executive Director of Tibet Initiative Germany (TID) in Berlin, was of the opinion that the Beijing Winter Olympics-2022 was not a sports event but purely a political event which was exploited by the communist regime of China to enhance its ongoing international public relations campaign to justify its colonial rule over colonies like Tibet, East Turkistan (Xinjiang), South Mongolia and Hong Kong. “Unfortunately, the IOC offered its sacred platform of sports to President Xi for his political games,” she remarked.

Referring to the long campaign of TID and other human rights organizations across the world against awarding Olympic Games to China she said, “We tried our best to persuade the IOC and world governments to stop China from high jacking a historic and a holy sports movement. But we could not fight China’s big money power and its capacities to manipulate concerned authorities through its economic influence and deep pockets. Still, the human rights campaigners have not lost the game. Our campaign against China’s unfortunate practices of torture and suppression of its own people and its colonies will continue. End of Winter Olympics in Beijing is a new beginning for us,” she declared.

Loten Namling, a famous Tibetan musician and a Tibetan activist settled in Switzerland, said, “By misusing Tibetans, Uyghurs, and even PLA soldiers as torchbearers in the opening ceremony, President Xi went against the spirit of the Olympics and misused the games as a launchpad of Chinese political propaganda. But the way the IOC, especially its President Tomas Bach went out of his way to allow the Chinese government to make political capital out of an international sports event, has brought shame to the Olympic movement and hence calls for rebooting the rules and regulations of the Olympics.”

To express his protest against the personal conduct of Thomas Bach in allowing IOC to be high jacked by China, Loten had walked 110 km on snow skies from Bern to the IOC headquarters in Lausanne of Switzerland during the week before the Winter Olympics started in Beijing.

“Unfortunately history has repeated itself this time too during the Winter Olympics in 2022. After the Olympics were assigned to Hitler’s Germany in 1936, he used the accrued credibility and popularity to massacre over six million Jews and others whom he hated. Similarly, President Xi has used the money and credibility, generated through the 2008 Beijing Olympics to crush the freedom and people of its colonies like Tibet, Xinjiang, South Mongolia, and Hong Kong,” added Loten.

Vijay Kranti, Chairman CHASE and a keen observer of Tibet-China-India developments over the past five decades moderated the discussion. In his concluding remarks, he said that China’s dismal record of human rights and police violence since the 2008 Olympics was visible to the world community. But despite full knowledge of all this the influential people in IOC decided to award the 2022 Winter Olympics to China.

He regretted that since the 2008 Olympics the resolve of China’s rulers and their capacity and effectiveness to destroy religion, language, and traditional socio-cultural personality of Tibet, East Turkistan, and S. Mongolia has been on increase. “Over these years China has used every available means to overwhelm these occupied countries through demographic colonialism, digital surveillance land grabbing, and exploitation of natural resources. The additional political credibility and financial resources generated by the just concluded Winter Olympics is bound to add to the arrogance and bullying tendencies of Chinese leaders, especially of President Xi”, said Kranti.

Kranti specifically underlined the conduct of IOC President Tomas Bach as ‘immoral’ and ‘illegal’ when he took over on himself the responsibility of negating and whitewashing the charges of molestation from a famous Chinese woman sports star Peng Shui against a very senior leader of CCP. “The way Bach used his official IOC position and resources of IOC to issue pro-China statements on behalf of Peng Shui and even organized a video call with her to influence the world media in favour of Chinese government was far more than being shameful,” he said.

Prof Aaayushi Ketkar, an expert on international affairs and security at Jawahar Lal Nehru University in New Delhi, remarked that it was unfortunate that most of the world governments could not muster the courage to challenge China on its sad record of human rights against its own people and people of its occupied countries. “This does not speak well for an assured future of democracy and human rights in the world. It is high time the governments should muster the courage to face China’s bullying,” she said.

In his vote of thanks Sonam Tsering, General Secretary of TYC and co-host of the event referred to Tibetan people’s uprising against Chinese colonial rule during preparation days of 2008 Beijing Olympics. “There were more than 125 public demonstrations of Tibetan people inside Tibet at over 50 places. This helped the world in understanding the anger of Tibetan people against the Chinese rule. But this time we did not hear of any uprising in Tibet, Xinjiang, or South Mongolia before the 2022 Winter Olympics. The reason was China’s previous experience and its use of enormous police power, control over the news movement of people, and massive digital surveillance network in these occupied countries. But that cannot take away the determination of the colonized people. They will win their freedom from China one day very soon,” said Sonam.