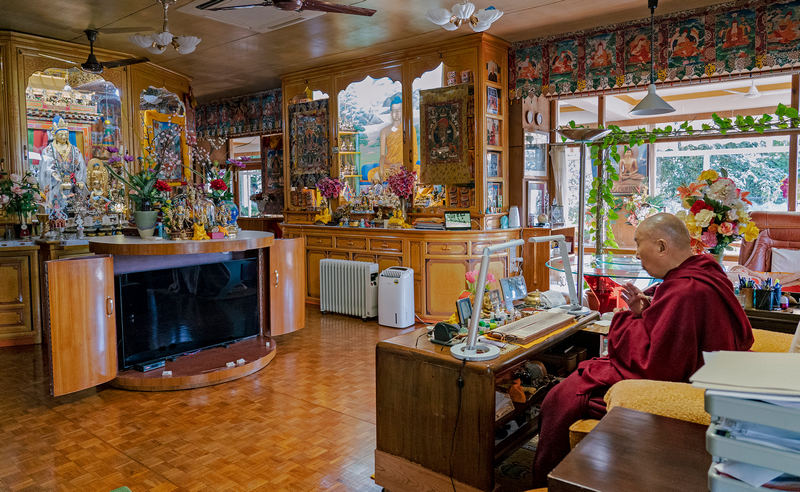 Dharamshala, India — "We have no ability to change the past, but future is still in our hands,'' His Holiness the 14th Dalai Lama said ahead of the United Nations Climate Change Conference (COP26) in Glasgow, Scotland.

On October 29, 2021, ahead of the United Nations Climate Change Conference (COP26) in Glasgow, Scotland, Office of His Holiness the 14th Dalai Lama released a video on Climate change crisis.

In that video, His Holiness the 14th Dalai Lama said: " Global Warming, that is quite serious. We should pay more attention. Time never stands still. So we are also part of that nature. The past is important but it’s already passed. So we can learn. Otherwise we have no ability to change the past. But future is still in our hands."

His Holiness the Dalai Lama stated: "At least in Asia, Tibet is the ultimate source of water. All major rivers from Pakistan’s Indus River, India’s Ganges and Brahmaputra rivers, China’s Yellow river, Vietnam’s Mekong River flow from Tibet. We should pay more attention to preservation of Tibet’s ecology. This is not only in the interest of 6 – 7 million Tibetans but whole people in the area."

"Our lives at the most is for 100 years. So we have to take serious concern about this century. Of course I am a monk with no children but those people who have children and grandchildren, you have to think seriously about their future," said the the spiritual leader of Tibet.

"Therefore, it is our responsibility. Like taking care of our own home, our own room. Even though with the help of technology, we can now go to Moon. We could even go to Mars and some other planets. But it is almost certain that it is impossible to settle there. So this planet is our only home," His Holiness the Dalai Lama concluded.