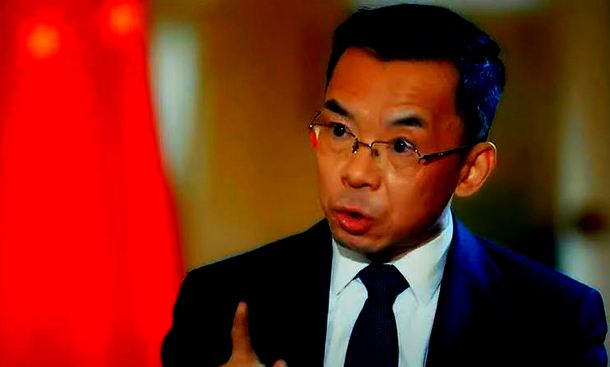 The Paris-based world press freedom watchdog Reporters Without Borders says that a diplomat representing one of the world's worst regimes has no right to teach journalism lessons when it comes to press freedom. If the Chinese ambassador to Paris, Lu Shaye, thinks the French press is too independent for his tastes, he is free to ask for his transfer to an authoritarian country such as North Korea.

Chinese Ambassador to Paris, Lu Shaye, once again lashes out at French journalists he accuses of “lying” about his country, said Reporters Without Borders. RSF insists that a diplomat has no right to give journalism lessons, especially when representing one of the worst regimes in the world when it comes to press freedom.

In a statement in a vengeful tone published on Monday, 25 October 2021, Chinese ambassador in Paris Lu Shaye, a repeat offender infamous for his diatribes against the media, again harasses French journalists. This time, he attacks the Asia correspondent for daily newspaper Le Figaro, Sébastien Falletti, who, in an article “puffed up with lies and divagation” he published on 19th October, allegedly “twisted the neck of reality” and was “complacent” in regards to the Taiwanese government. The ambassador also grazes Le Monde's correspondent in Beijing, Frédéric Lemaître, implying that his writings are most often fabricated, and shamelessly urges French media outlets in general to “scrupulously observe ethics” and “respect the facts”.

“The Chinese ambassador in Paris, who represents one of the worst regimes in the world in terms of press freedom, is extremely ill-positioned to give journalism lessons,” says RSF’s Secretary General Christophe Deloire. “We call him, with all requested courtesy, to put a definitive end to his impassioned rants against information media. If Lu Shaye thinks the French press is too independent for his taste, he is free to request his transfer to an authoritarian country, such as North Korea, for example, where he will feel at home, as only the regime's propaganda is allowed to exist.”

In March 2020, Lu Shaye already accused French journalists of “making fun of China” and telling “lies” about his country’s role in the Covid-19 pandemic. In his previous position in Canada, the ambassador also made a name for himself, not hesitating to accuse the government of “bowing down to journalists concerned about human rights”. The Chinese ambassador’s aggressive attitude towards journalists reflects the regime’s policy conceived at the highest level of the regime in order to influence international media coverage, as RSF demonstrated in a report entitled "China's Pursuit of a New World Media Order" in 2019.

In early October, the editor-in-chief of the Chinese official media Global Times, Hu Xijin, violently attacked RSF, accusing the organisation of "building an alliance of lies" to harm China and comparing it with a "wild dog" that better watch out for China's "stick".

China ranks 177th out of 180 countries and territories in the 2021 RSF World Press Freedom Index, only two places ahead of North Korea, and detains at least 122 journalists and press freedom defenders.