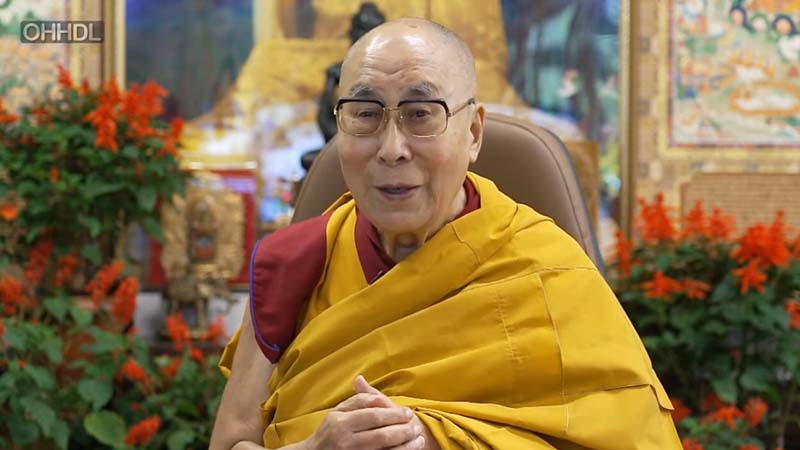 His Holiness the Dalai Lama, the spiritual leader of Tibet.

Dharamshala, India — His Holiness the Dalai Lama, the spiritual leader of Tibet, congratulated Justin Trudeau for being re-elected as Prime Minister of Canada for a third term in the national election. He also offered prayers and good wishes for Trudeau's success in meeting the challenges ahead and fulfilling the aspirations of the Canadian people.

His Holiness the Dalai Lama wrote to Prime Minister Justin Trudeau to congratulate him after receiving news of his party's victory in the Canadian national election.

“I appreciate the leadership you have shown in the face of challenges such as the Covid-19 pandemic that has affected so many people around the globe. I have also long admired Canada's policy of taking compassionate action to welcome vulnerable people from troubled parts of the world on humanitarian grounds. As an honorary Canadian citizen myself, I feel proud of such generous, humanitarian gestures.

“It has been a privilege for me to have been able to visit Canada over the years. The friendship and affection that my Canadian brothers and sisters have shown me have touched me deeply. On this occasion, may I take the opportunity to express gratitude for the warm welcome Canada has shown Tibetan refugees since the time your late father was Prime Minister. I understand that, by and large, Tibetans have been making a positive contribution to Canada's multicultural society.”

His Holiness ended his letter by offering prayers and good wishes for Trudeau’s success in meeting the challenges ahead and fulfilling the aspirations of the Canadian people.