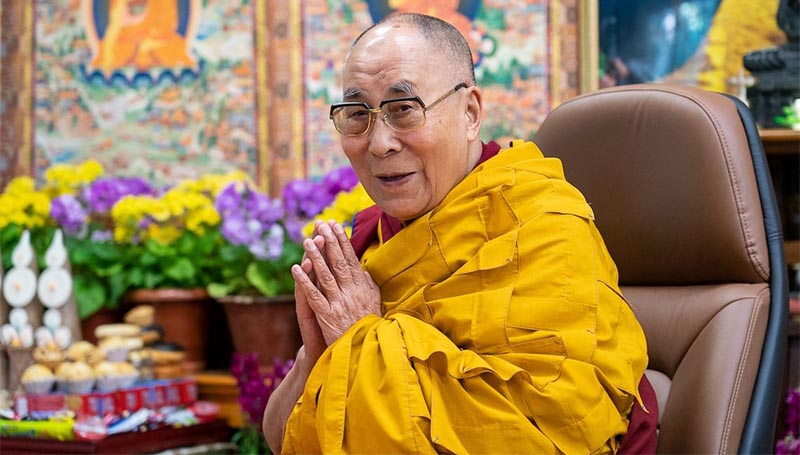 Dharamshala, India — His Holiness the Dalai Lama has written to Maharashtra Chief Minister Udhav Thackeray to offer his prayers and concern over the news of loss of life, destruction of property and suffering of many people in the coastal areas of Maharashtra due to the devastating floods.

"I understand that the state government and the authorities concerned are making every effort to help those affected by the severe monsoon rains. As an expression of our solidarity with the people of Maharashtra, I have requested the Dalai Lama Trust to contribute to the relief and rescue efforts," His Holiness the Dalai Lama wrote.

At least 76 people have been confirmed dead, 89 injured and several missing after floods and landslides in coastal Maharashtra following heavy rains. Raigad, Ratnagiri and other areas of Maharashtra were the worst affected, with bad weather making it extremely difficult for rescue teams and workers to reach towns and villages, even by helicopter.