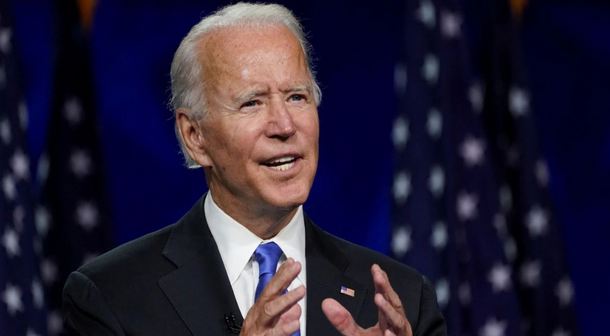 Washington, DC — U.S. Democratic presidential candidate and former vice president Joe Biden courageously vowed that as president he will meet with the spiritual leader of Tibet, His Holiness the Dalai Lama and will stand up for the people of Tibet.

Response to China's plan to further tighten control over Tibet, the democratic presidential candidate Biden has said that if voted to power, his administration will sanction officials of the communist authoritarian regime in China responsible for human rights abuses in Tibet.

“My administration will sanction Chinese officials responsible for human rights abuses in Tibet, and step up support for the Tibetan people, including by expanding Tibetan language services at Radio Free Asia and Voice of America to get information from the outside world into Tibet," Biden said.

Biden vowed that as president he will meet with His Holiness the Dalai Lama, appoint a new Special Coordinator for Tibetan Issues, and insist that the Chinese government restore access to Tibet for US citizens, including our diplomats and journalists.

Noting that this past weekend, the Chinese government announced plans to further tighten control over Tibet, thereby continuing to erode the human rights, religious freedoms, and dignity of the people of Tibet, Biden said that these are only the latest efforts by Beijing to crush ethnic minorities that seek to preserve their distinct culture, language, and beliefs.

“Where (President Donald) Trump has turned a blind eye, a Biden-Harris administration will stand up for the people of Tibet," Biden said.

In his statement, Biden alleged that Trump has been weak on his China policy. “Once again, the silence from President Trump has been deafening, as he focuses instead on his empty trade deal with Beijing and protecting his 'very good friendship' with Chinese President Xi Jinping."

"It’s disgraceful, though not surprising, that Trump is the first American president in three decades who has not met or spoken with His Holiness the Dalai Lama," he said.

“Trump hasn’t even fulfilled the statutory requirement to appoint a Special Coordinator to lead America’s efforts on this vital issue. It’s no wonder China’s leaders believe they have a free hand to deepen repression in Tibet, just as they have in Hong Kong and Xinjiang," Biden stressed.