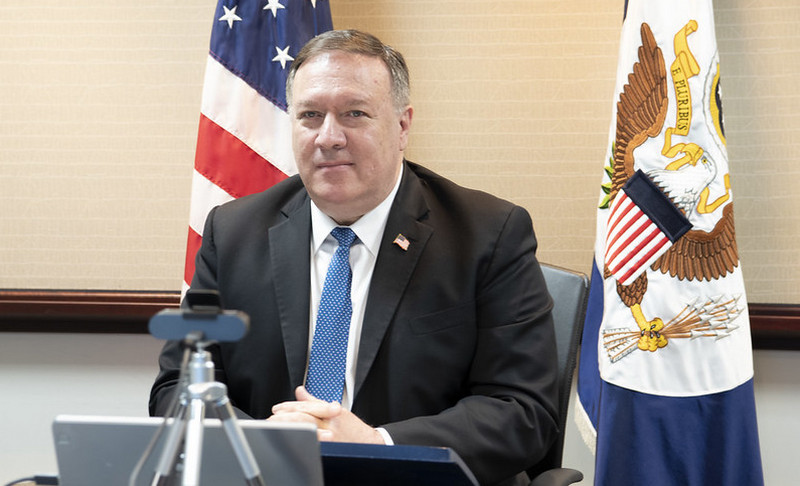 Washington, D.C. – The State Department said that the Chinese Communist Party and government officials responsible for keeping citizens of the United States out of Tibet will be denied entry to the country under the Reciprocal Access to Tibet Act.

In a press statement, issued on Tuesday, Michael R. Pompeo, Secretary of State said the U.S. Department of State implementing risa restrictions for the officials under RATA, which forbids entry to the U.S. by Chinese communist authorities “substantially involved” in creating and enforcing policies that keep U.S. citizens out of Tibet.

The statement said that "the United States seeks fair, transparent, and reciprocal treatment from the People’s Republic of China for our citizens. We have taken several steps to further this goal."

"Unfortunately, Beijing has continued systematically to obstruct travel to the Tibetan Autonomous Region (TAR) and other Tibetan areas by U.S. diplomats and other officials, journalists, and tourists, while PRC officials and other citizens enjoy far greater access to the United States," it reads.

"Therefore, today I am announcing visa restrictions on PRC government and Chinese Communist Party officials determined to be “substantially involved in the formulation or execution of policies related to access for foreigners to Tibetan areas,” pursuant to the Reciprocal Access to Tibet Act of 2018," it further said.

Secretary of State Michael Pompeo bravely stated that "access to Tibetan areas is increasingly vital to regional stability, given the PRC’s human rights abuses there, as well as Beijing’s failure to prevent environmental degradation near the headwaters of Asia’s major rivers."

"The United States will continue to work to advance the sustainable economic development, environmental conservation, and humanitarian conditions of Tibetan communities within the People’s Republic of China and abroad," he further added.

"We also remain committed to supporting meaningful autonomy for Tibetans, respect for their fundamental and unalienable human rights, and the preservation of their unique religious, cultural, and linguistic identity," he added, saying: "In the spirit of true reciprocity, we will work closely with the U.S. Congress to ensure U.S. citizens have full access to all areas of the People’s Republic of China, including the TAR and other Tibetan areas."

"Today I announced visa restrictions on PRC officials involved in restricting foreigners’ access to Tibet. We will continue to seek reciprocity in our relationship," Secretary Pompeo twitted.

The Reciprocal Access to Tibet Act received unanimous support in both houses of Congress when it passed in 2018. U.S. President Donald Trump has signed the bill on Tibet into law that mposes a visa ban on Chinese communist-authoritarian officials who deny U.S. citizens, government officials and journalists access to the illegally occupied areas of Tibet.

U.S. citizens including government officials, reporters and tourists who seek to enter Tibetan areas are routinely rejected, and the few who do get in are forced to stay on strictly controlled official tours, where the true situation of the Tibetans inside Tibet is hidden from them.

The bipartisan bill—which Jim McGovern, D-Mass., and Randy Hultgren, R-Ill., introduced in the House of Representatives and Marco Rubio, R-Fla., and Tammy Baldwin, D-Wisc., introduced in the Senate—on Dec. 19, 2018, making it the most important Tibet legislation to become law in more than a decade.

RATA’s enactment came in response to China’s unfair exclusion of US citizens from Tibet. Although Chinese citizens get to travel freely throughout the US, China almost always refuses to let American diplomats, journalists and tourists into Tibet.