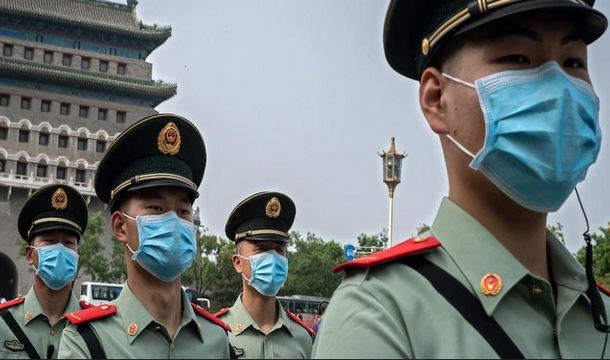 Paris — More than three decades after Tiananmen, China remains press freedom’s number one enemy, the Reporters Without Borders (RSF) said to mark the 30th anniversary of the Tiananmen Square massacre.

The Tiananmen Square protests were student-led demonstrations calling for democracy, free speech, and a free press in China. They were halted in a bloody crackdown, known as the Tiananmen Square Massacre, committed by the Chinese communist authoritarian government on June 4 and 5, 1989.

"As the world commemorates the 31st anniversary of the Tiananmen Square Massacre, Reporters Without Borders (RSF) calls on democracies to unite to defend freedom of the press, a fundamental right claimed by the protesters and which Beijing is now attacking on a global level," the Paris-based media freedom watchdog said in a statement.

It states, "freedom of the press is enshrined in Article 35 of the Chinese Constitution and was one of the main demands during the Tiananmen Square protests, which ended in a bloodshed when the regime killed several thousand Chinese citizens on 4 June 1989."

"Thirty-one years later, the state apparatus and the Chinese Communist Party continue to flout this fundamental right on a daily basis and are now expanding their repressive practices to the rest of the world as shown in a report published last year by RSF," the statement reads.

“Thirty-one years ago, thousands of peaceful protestors were slaughtered for demanding the enforcement of fundamental freedoms, including freedom of the press,” said Cédric Alviani, Reporters Without Borders (RSF) East Asia bureau head. “If the Chinese authoritarian model is not opposed with more strength, not only will the Tiananmen protesters have died in vain, but independent journalism will gradually give way to Chinese-style propaganda and democracy will falter.”

"Recently, the Chinese regime has instrumentalised the Covid-19 pandemic as a way to further tighten its control over the media and social networks: six journalists are being detained and nearly 900 netizens have been arrested for sharing censored information on the virus," the RSF said, adding: "These measures have only reinforced an extremely authoritarian system where the media serves state propaganda and where the internet is controlled through an ultra-sophisticated censorship system known as the “Great Firewall of China”.

"In the Special Administrative Region of Hong Kong, Beijing's clutch on media and police violence against journalists has led to an unprecedented deterioration of press freedom, which has resulted in a decline from the 18th rank in 2002 to the 80th rank this year in RSF’s World Press Freedom Index. In Hong Kong and also Macau, another supposedly autonomous region, the authorities have canceled events commemorating the Tiananmen Square Massacre citing the need to enforce social distancing measures as an excuse," the statement further said.

China, 177th out of 180 countries in RSF’s 2020 World Press Freedom Index, is the world’s worst jailer of journalists with at least 113 of them behind bars.