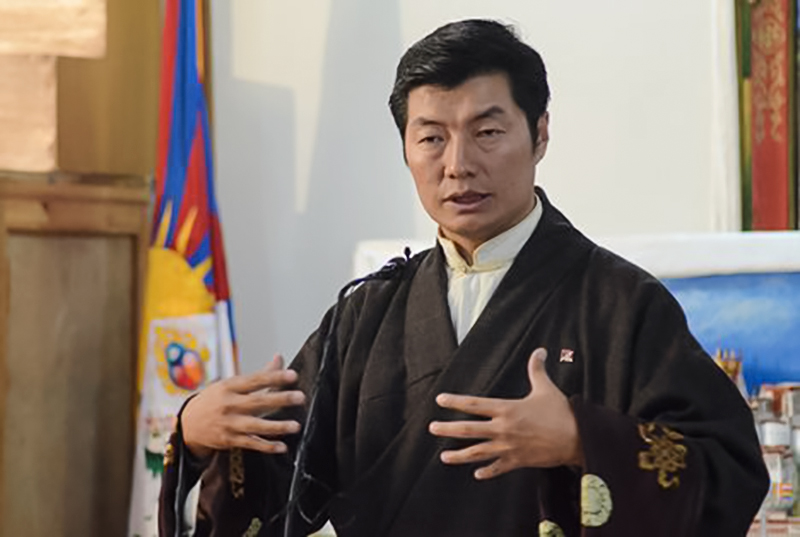 Dharamshala, India — The Central Tibetan Administration (CTA), previously known as Ganden Phodrang, the government of Tibet has thanked the United States government and Congress for approving $9 million in funding for the Tibetan community in India and Nepal. This tremendous support from the United States is essential as the CTA is the legitimate representative of the Tibetan people around the world.

“The Central Tibetan Administration would like to express its deep gratitude and thank the US government and Congress once again for their generous assistance towards the Tibetan community,” said Sikyong Dr Lobsang Sangay, President of the CTA earlier Tuesday, commenting on the Further Consolidated Appropriations Act, 2020 through which the U.S Congress sanctioned approx. $9 million in funds for the Tibetan community in India and Nepal.

The bill supporting the Tibet funding programs was passed in the House of Representatives on October 28 and by the Senate on November 12, 2019. President Trump approved and signed the bill on December 20, 2019, according to the ICT.

The provisions of the bill include not less than $8 million grant to nongovernmental organisations to support activities that preserve cultural traditions and promote sustainable development, education and environmental conservation in Tibetan communities in the Tibet Autonomous Region and in other Tibetan communities in China.

It also states that from the fund, not less than $6 million is lined up for Funding for programs to promote and preserve Tibetan culture and language in the refugee and diaspora Tibetan communities, development, and the resilience of Tibetan communities and the Central Tibetan Administration (CTA) in India and Nepal, and to assist in the education and development of the next generation of Tibetan leaders from such communities.

It is also provided that not less than $3 million is granted for programs to strengthen the capacity of the CTA provided, that such funds shall be administered by the United States Agency for International Development (USAID).

Funding at the same level as last year is also lined up for Humanitarian assistance for Tibetan refugees in Nepal and India, Cultural Tibetan exchanges and fellowships, Funding for the office of the Special Coordinator for Tibetan Issues at the State Department ($1 million), Funding for broadcasting into Tibet by Radio Free Asia and Voice of America, and to support the democratic aspirations of people all over the world, including the Tibetan people.

Since 1988, Congress has initiated and funded US government programs that benefit Tibetans in exile and inside Tibet through humanitarian assistance, economic development, educational assistance, and other efforts. These programs are annually a part of the State-Foreign Operations Appropriations bill, which has been incorporated into the larger omnibus Consolidated Appropriations Act.