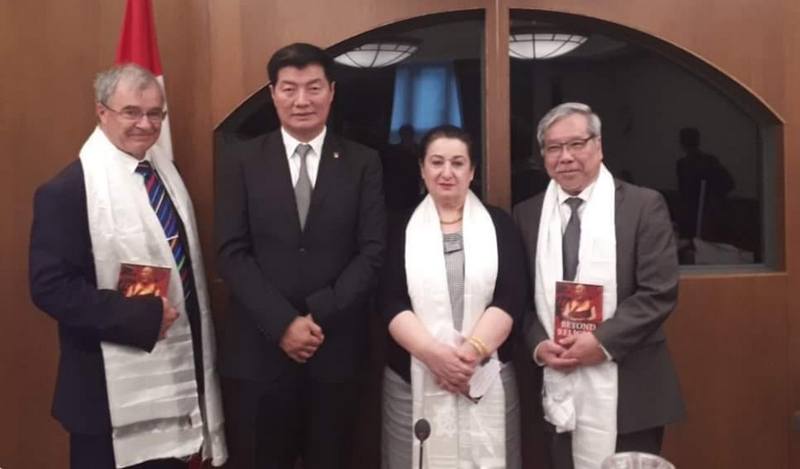 Ottawa — Canada’s Senate Committee on Foreign Affairs and International Trade has invited President Dr Lobsang Sangay to participate in the committee’s hearing on Tibet on June 6, 2019.

Officials from the Global Affairs Canada will also testify before the committee on Tibet related issues, according to a statement by the Canada Tibet Committee (CTC), an independent non-governmental organisation of Tibetans and non-Tibetans living in Canada.

It stated that "the hearing was proposed by Senator Thanh Hai Ngo who, earlier this year, introduced a motion on Tibet in the Senate Chamber calling for Canada’s support to the genuine autonomy in Tibet."

"The motion also calls for the People’s Republic of China to: renew the Sino-Tibet dialogue, respect linguistics and religious rights of the Tibetan people, immediate release of all Tibetan political prisoners, and reciprocal access to Tibet," the CTA added.

This Senate Motion, introduced on Thursday, March 21, 2019, says "Restrictions on fundamental rights and freedoms – including freedom of expression, religion, movement, and conscience – are severely curtailed and increasingly repressive in Tibet."

"Tibet has been ruled since 1950 by the Chinese Communist Party (CCP), which has been divided into the Tibet Autonomous Region (TAR) and 12 Tibetan autonomous prefectures. To date, China continues to face criticism regarding its human rights violations in the TAR and the prefectures."

Quoting President Dr Lobsang Sangay's testimony last year at the Senate, Senator Thanh Hai Ngo said: “Mr. Sangay indicated that, by adopting a motion on Tibet, the Government of Canada could actively support the initiation of a dialogue between China and Tibet, without preconditions, in the spirit of the middle way approach proposed by the Dalai Lama. The middle way approach would provide for genuine autonomy for Tibet within the framework of China’s constitution and laws.”