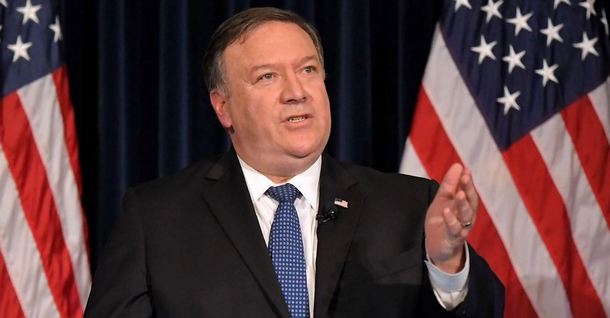 Dharamshala, India —The Government of Nepal has given assurance to the U.S. government that Nepal would continue to protect the human rights of the Tibetan refugees living in Nepal, says a senior official of the federal government of the United States of America while emphasising on a free and open Indo-Pacific region is very much in Nepal’s interest.

In a congratulatory message to the Prime Minister KP Sharma Oli on completion of one year in office, the United States Secretary of State Mike Pompeo said that during his meeting with Foreign Minister Pradeep Gyawali in the United States in the second week of December, he had reassured that Nepal will continue to protect the human rights of the Tibetan refugees living in Nepal.

“When I met with Foreign Minister Gyawali recently, in the same room where you [PM Oli] met with then Secretary Condoleezza Rice in 2006, I reaffirmed the US commitment to our relationship and conveyed our wish to foster a genuine partnership,” Pompeo said in the statement.

“Recognising your own experience as a political prisoner, I welcomed Foreign Minister Gyawali’s reassurance that Nepal would continue to protect the rights of Tibetans in Nepal, particularly the principle of non-refoulement, which ensures that individuals will not be returned to a country where they face serious threats to their life or their religious, cultural and linguistic freedoms,” Pompeo added in his message to Oli.

The human rights report 2018 released by the State Department last week stated that most Tibetans who arrived after 1990 transited to India, although an unknown numbers remained in the country. “The government has not issued refugee cards to Tibetan refugees since 1995. The UN refugee office estimated that three-quarters of the roughly 12,000 resident Tibetan refugees remained undocumented, including all of whom were younger than the age of 16 in 1995 or had been born since.”

Nepali officials time and again said that Nepal is not the party to the refugee convention but it has been hosting Tibetans, Bhutanese and urban refugees on the humanitarian grounds. Since Nepal has been committed to the so called "one-China policy" and recognises Tibet as integral part of China, successive governments in Nepal have prevented Tibetan refugees from holding any kind of demonstration and protest against China inside Nepal.

The State Department’s report on human rights further claimed that after China heightened security in 2008 during the Beijing Olympics along its border and increased restrictions on internal freedom of movement for Tibetan peoples, the number of Tibetans who transited through the country dropped significantly.

The UN refugee office reported that 53 Tibetans transited the country in 2017, and 31 between January and September 2018, the report stated. The government issued UNHCR-facilitated exit permits for recent arrivals from Tibet who were transiting while travelling to India. In the early 1990s, Nepal and the West had reached a “gentlemen’s agreement” to provide safe passages to Tibetans living in Nepal or those crossing the border to reach Dharamshala.

International community including Human Rights Watch said that it will accept Tibetans who flee persecution as refugees and will not restrict basic rights of peaceful expression, assembly, and association. “Under China’s Shadow: Mistreatment of Tibetans in Nepal,” shows that Tibetan refugee communities in Nepal are now facing a de facto ban on political protests, sharp restrictions on public activities promoting Tibetan culture and religion, and routine abuses by Nepali security forces. These include excessive use of force, arbitrary detention, ill-treatment in detention, threats and intimidation, intrusive surveillance, and arbitrary application of vaguely formulated and overly broad definitions of security offenses.