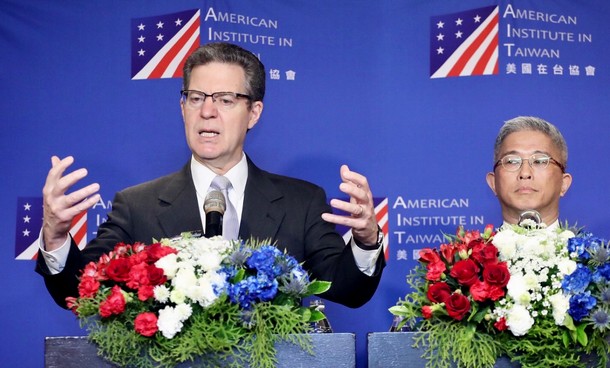 Taipei, Taiwan —Reiterated the United State government's unstinting support for CTA’s Middle Way Approach, the US Ambassador-At-Large for International Religious Freedom Samuel Brownback said the US government will continue to support the Dalai Lama’s Middle Way approach and strongly urged the “People’s Republic of China to resume formal dialogue with His Holiness or his representatives immediately.”

Ambassador Samuel D. Brownback made the remarks during a strategic visit to Taiwan for the 2019 Regional Religious Freedom Forum last week. President Tsai Ing-wen was present.

Amb Brownback noted in his speech that March 2019 marked “the 60th anniversary of His Holiness the Dalai Lama being forced into exile.” He also criticised China’s occupation of Tibet saying that it “demonized and criminalized the Buddhist faith that lies at the core of Tibetan civilization”.

“Tibetans understandably continue to lament his absence from Tibet, and long for the day that he is able to return and resume his rightful place as their most important religious leader,” he added.

The US Ambassador said, “We urge the PRC authorities to resume formal dialogue with His Holiness or his representatives immediately” and added, “We will continue to support the Dalai Lama’s Middle Way approach for meaningful autonomy for all Tibetans across the Tibetan Plateau while remaining a part of the People’s Republic of China.”

He acknowledged the participation of Representative Dawa Tsering, Office of Tibet, Taiwan in the Forum. “Dawa Tsering, the Representative of His Holiness the Dalai Lama here in Taiwan, grew up in a Tibet under Communist occupation, which demonized and criminalized the Buddhist faith that lies at the core of Tibetan civilization. We appreciate Dawa’s attendance of this conference.”

“In China, authorities have arbitrarily detained more than 1 million Uighurs, ethnic Kazakhs, and other members of minority Muslim groups in internment camps since April 2017. Tibetan Buddhists are not able to select, educate, or venerate their religious leaders without government interference. House church leaders are detained and their churches are shuttered in accordance with tightened restrictions on religion enforced by the Chinese Communist Party. And Falun Gong practitioners are reportedly tortured and detained by the Chinese government.”

China was categorized “Countries of Particular Concern” by the US Government under the International Religious Freedom Act of 1998 due to its “systematic, ongoing (and) egregious violations of religious freedom.”