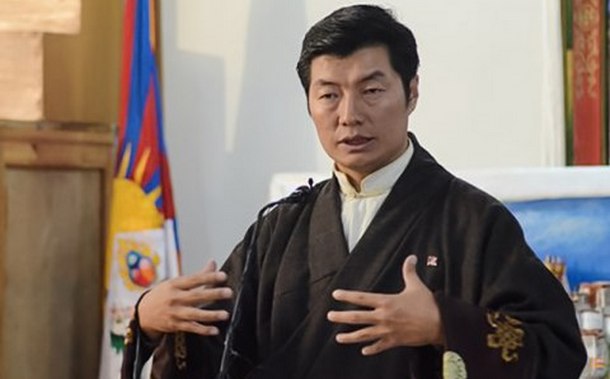 Dharamshala, India — The Central Tibetan Administration (CTA) hailed the enactment of the Asia Reassurance Initiative Act (ARIA) on Tuesday, saying that the passage is a much-welcomed move. US President Donald Trump signed the ARIA Act into law on 31 December 2018, having passed the Senate and the House on 4 and 12 December respectively.

Dr Lobsang Sangay who is democratically elected head of the Tibetan government-in-exile, officially known as the Central Tibetan Administration thanked the US Congress for passing the Asia Reassurance Initiative Act, which references Tibet in terms of supporting “activities preserving cultural traditions and promoting sustainable development, education, and environmental conservation in Tibetan communities in the Tibet Autonomous Region and in other Tibetan communities in China, India, and Nepal.”

'President Dr Sangay, in recent years, has made multiple visits to the United States and held high-level meetings in the Senate as well as the House of Representatives. During those meetings, he has relentlessly tabled the issue of prioritising Tibet at the core of US policy,' the CTA official media said, adding: 'The Office of Tibet in Washington DC has also made tremendous efforts towards this.'

“ARIA ensures that the US will continue to support Tibet by authorizing funds for Tibet-related programs and by highlighting Chinese human rights abuses against the Tibetan people,” said Senators Cory Gardner (R-Colo.) and Ed Markey (D-Mass.), the lead sponsors of the Act.

Matteo Mecacci, president of the International Campaign for Tibet said: “This Act rightly places the issue of Tibet within the parameters of US security interests. Tibet occupies an Asian fault zone of clashing cultures and big-power politics.”

Following is the reference to Tibet in the Act. SEC. 409. AUTHORIZATION OF APPROPRIATIONS.

The Act also recognises India as a major Defence partner, the vital role of the strategic partnership between the United States and India in promoting peace and security in the Indo-Pacific region. Section 204 of the Act calls for strengthening and broadening of diplomatic, economic, and security ties between the two countries.

The Indo-Pacific is a biogeographic region, comprising the Indian Ocean and the western and central Pacific Ocean, including the South China Sea.