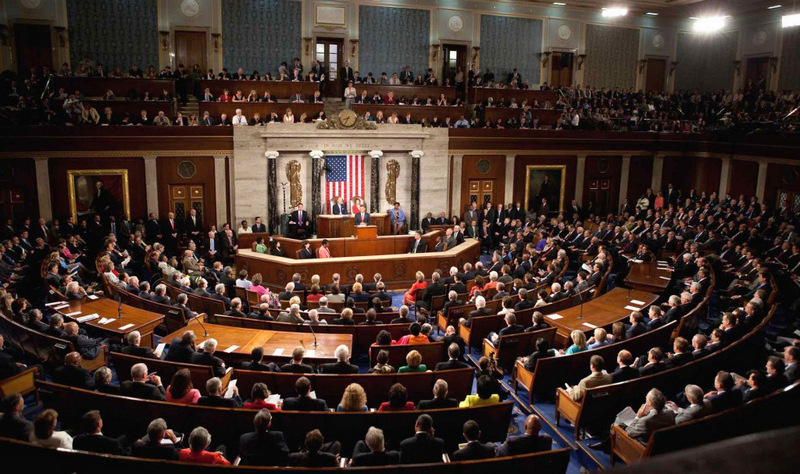 Dharamshala, India — The Tibetan government in-Exile on Friday thanked the United States Congress for unanimously passing a crucial bill on Tibet under which Chinese officials responsible for discriminating against Americans who try to enter Tibet would be banned from entering the US.

The United States Congress unanimously passed the Reciprocal Access to Tibet Act, by which Chinese officials who prevent American diplomats, journalists and citizens from entering Tibet would be denied admission to the US. The bill will now be presented to the US President Trump to sign it into a law.

Dr Lobsang Sangay, President of the Central Tibetan Administration thanked the United States Congress for passing the significant bill and acknowledged the leadership of International Campaign for Tibet in advocating and facilitating the successful passage of the bill in both the House of Representatives and the Senate.

“I congratulate and acknowledge the leadership of International Campaign for Tibet, in particular, ICT Chair Richard Gere and President Matteo Mecacci in successfully lobbying the Congress in passing the bill,” President said.

“I especially thank Congressman Jim McGovern for his extraordinary leadership in introducing the bill and Congressman Randy Hultgren; Senators Marco Rubio (R-Fla.) and Tammy Baldwin in getting the bill passed. Thanks to everyone who have worked towards this important landmark.”

Dr Sangay also acknowledged the Office of Tibet in Washington DC, Tibetan associations in the US and American friends who lobbied successfully and participated in many ways to have members of the Congress to support the bill.

On his multiple visits to Washington DC, President Sangay has met with House Representatives and Senators and urged them to support the bill.

The Reciprocal Access to Tibet Act was introduced in the US House of Representatives by Representatives Jim McGovern (D-Mass.) and Randy Hultgren (R-Ill.) and in the Senate by Senators Marco Rubio (R-Fla.) and Tammy Baldwin (D-Wisc.)

Since 2014, the International Campaign for Tibet (ICT) in coordination with Tibetan-American associations and Tibet support groups has led the effort to approve the Reciprocal Access to Tibet Act. Several thousand ICT members, Tibetan community members and American friends contacted their members of Congress to ask them to support the bill.

“China’s repression in Tibet includes keeping out those who can shine a light on its human rights abuses against the Tibetan people,” said Senator Marco Rubio, who introduced the companion bill in the Senate. “We should not accept a double standard where Chinese officials can freely visit the United States while at the same time blocking our diplomats, journalists and Tibetan-Americans from visiting Tibet. I look forward to President Trump signing this bill into law that will help to restore some measure of reciprocity to America’s relationship with China.”

ICT President Matteo Mecacci said, “This is truly a historic moment in the United States’ support of the Tibetan people and for its strategic security interests in the region. By passing this landmark bill, which implements the diplomatic principle of reciprocity, Congress is saying loud and clear that Tibet’s future is and will continue to be a foreign policy priority for the US. Furthermore, the American people’s overwhelming support for Tibet shows that the citizens of the free world are opposed to unfair policies that foster Beijing’s authoritarian rule and influence all over the world.”

“Now that Congress has passed the bill, it is imperative that President Trump sign it into law and that the State Department take every measure to identify and hold accountable the Chinese officials who are responsible for discriminating against Americans and Tibetans,’ said ICT’s Vice President Bhuchung K Tsering.