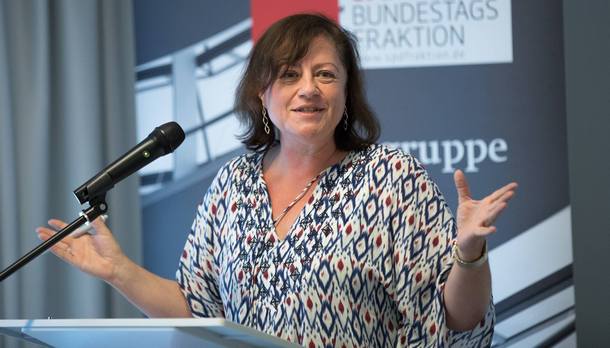 According to media reports, Kofler will chair the German-Chinese Human Rights Dialogue in Lhasa, Tibet on December 6-7, 2018 after her request to visit East Turkestan (Ch: Xinjiang) was reportedly denied the Chinese communist regime.

In her statement Kofler expressed her shock on ‘the reports of the treatment of the Turkic Uighur minority’ and expressed disappointment at being denied access to “Xinjiang” which would have helped her gain ‘first hand impression of the situation’ but assured that she would ‘continue to push for permission to visit “Xinjiang”.’

Appraising about the change in venue of the dialogue to Tibet, she said that the ‘critical human rights situation in Tibet’ made the place appropriate for holding the dialogue. Enumerating the concern areas in Tibet, she highlighted ‘the excessive controls, punishment of relatives for the crimes of family members, prohibition of normal religious freedom and “patriotic education”‘ that are being carried out in Tibet even to this day.

Barbel Kofler expressed deep concern about the human rights situation in China and emphasised that ‘it has become more serious in recent years.’ The last bilateral human rights dialogue was held in Germany in 2016 after which China had cancelled the 2017 dialogue scheduled to be held in China.

In the recently concluded Third Universal Periodic Review of China (November 2), Germany had recommended China to ‘respect rights of freedom of religion and belief, opinion and expression, peaceful assembly and culture also for Tibetans, Uyghurs and other minorities.’

“In light of the recommendations made by Germany to China during China’s UPR we hope that the German Human Rights Commissioner will seize the opportunity to engage with China on all the highlighted areas of concern," remarked Thinlay Chukki of UN and Human Rights Desk, Department of Information and International Relations, Central Tibetan Administration.

In addition we hope that this dialogue will help build regular and close exchanges between the two countries to address the rights situation in all the regions under the PRC and in particular the gross human rights violations in Tibet,” Chukki added.