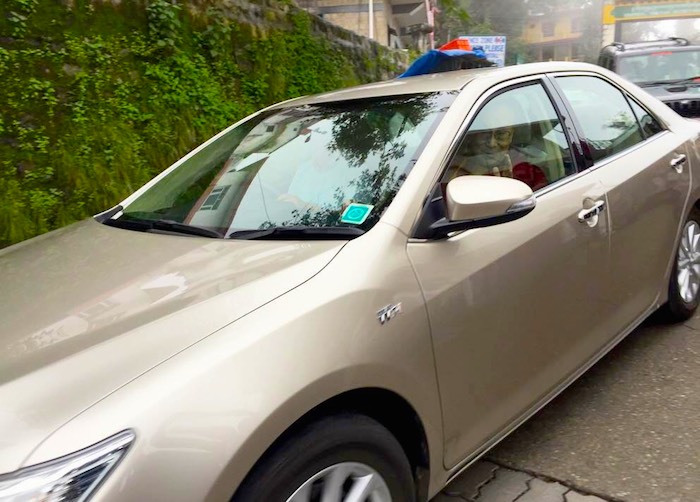 Dharamshala, India — His Holiness the 14th Dalai Lama left Dharamshala Monday for a four-nation tour of European countries, including Sweden, Netherlands, Germany and Switzerland from, September 12-23, 2018.

The visit is also aimed at a series of teachings on Buddhism, participating in a conference on Non-Violence and Peace and public talks, particularly in the promotion of human value, world peace, human affection, compassion, secular ethics, and religious harmony.

The Nobel Peace Prize Laureate begins the twelve-day tour with Sweden, where he will give a public talk on ‘The Art of Happiness and Peace’ organized by Individuell Människohjälp (IM) at Malmö Live, on September 12, 2018. He will then travel to Netherlands, Germany and Switzerland.

The spiritual leader of Tibet will give a public talk on "Why Compassion is Essential in our Troubled World" organized by Stichting Bezoek Zijne Heiligheid Dalai Lama at Ahoy Rotterdam, September 16, 2018. Next morning, he will give a teaching on Geshe Langri Thangpa’s Eight Verses of Mind Training (Tib: Lojong tsik gyema).

His Holiness will participate in a conference on Non-Violence and Peace, organized by Tibet Initiative Deutschland and Gaden Phodrang Foundation of the Dalai Lama at Congress Center Darmstadtium, September 19, 2018. Next day, His Holiness will participate in a dialogue on Happiness and Responsibility with scientists from Heidelberg in the morning organized by the German-American Institute (DAI) Heidelberg at Stadthalle Heidelberg.

The spiritual leader of Tibet then will conclude his engagements in Switzerland on 23 September, by confering a teaching on Nagarjuna’s The Precious Garland of the Middle Way (Tibetan: uma rinchen trengwa), Kamalshila’s The Middling Stages of Meditation (Tibetan: gomrim barpa) & Gyalsey Thokme Sangpo’s Thirty-Seven Practices of a Bodhisattva’s Way of Life (Tibetan: laklen sodunma) at Zurich Hallenstadion.

According to the organisers, the teachings are being organised by the Tibet Institute Rikon and the Tibetan Community of Switzerland & Liechtenstein.

According to his website, His Holiness the 14th Dalai Lama has three main commitments: the promotion of human values, religious harmony and understanding, and the preservation of the Tibetan Buddhist culture of peace and non-violence.